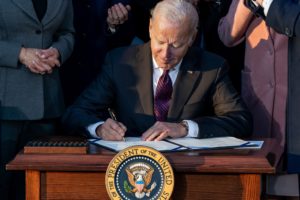 The $1.2 trillion infrastructure bill signed into law by President Joe Biden on Monday contains much more than funding for the repair of roads and bridges. There’s also money for transit and rail, an upgrade of the nation’s broadband network, improvements to airports and ports, and improving the quality and supply of drinking water, among other initiatives.

Included in the spending plan are a number of provisions that could affect the work of collision repairers in the short and long term. Here are some of them:

“The Secretary [of Transportation] shall carry out a comprehensive study (1) to determine the causes of, and contributing factors to, crashes that involve a commercial motor vehicle; and (2) to identify data requirements, data collection procedures, reports, and any other measures that can be used to improve the ability of States and the Secretary (A) to evaluate future crashes involving commercial motor vehicles; (B) to monitor crash trends and identify causes and  contributing factors; and (C) to develop effective safety improvement policies and programs.”

Although the provision specifically addresses accidents involving commercial motor vehicles, it’s evident that a good number of those accidents, if not the majority, will involve passenger vehicles. It’s also reasonable to think that the scope of the “comprehensive study” might be expanded to include all vehicles, since the trends and data will likely have a good deal of overlap.

For repairers, this might present a good opportunity to keep records of crashes in which poor previous repairs played a role, in order to share that information with the transportation secretary, possibly influencing future policy and legislation. 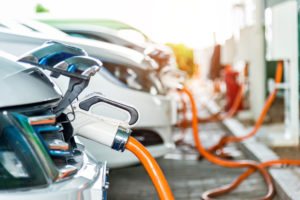 Consumer acceptance of electric vehicles (EVs) is closely tied to the availability of charging stations, as Repairer Driven News and other news outlets have reported. Knowing where these investments are being made can clue in shop owners and operators to possible increases in demand for EV repairs, letting them plan accordingly.

The provisions for propane and natural gas fueling stations is a sign of alternative fuel vehicles that may lie far in the future, but may make their way to North American roads in numbers at some point. Hydrogen-powered cars — the Hyundai Nexo and the Toyota Mirai — are being sold in California in small numbers, their use limited by the small number of hydrogen fueling stations.

“Not later than 2 years after the date of enactment…the Secretary shall issue a notice, for the purposes of public review and comment, regarding potential updates to hood and bumper standards for motor vehicles.”

This is one of a number of provisions intended to increase the safety of pedestrians. The open-ended nature of the provision means it is entirely possible that changes in materials, designs or both could be called for. There is no timetable for implementation of the standards. 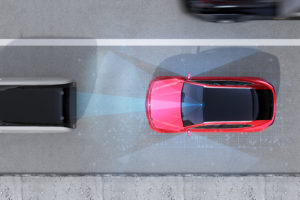 “The Secretary of Transportation shall promulgate a rule (1) to establish minimum performance standard with respect to crash avoidance technology; and (2) to require that all passenger motor vehicles manufactured in the United States on or after the compliance date…shall be equipped with…a forward collision warning and automatic emergency braking system….”

The provision allows the Secretary of Transportation to set the timetable for implementation, and any phase-in deemed necessary. If OEMs must meet performance standards, will the government require their vehicles to continue to meet those standards post-repair? It seems possible.

“The Secretary shall cooperate, to the maximum extent practicable, with foreign governments, nongovernmental stakeholder groups, the motor vehicle industry, and consumer groups with respect to global harmonization of vehicle regulations as a means for improving motor vehicle safety…”

This is another open-ended provision, which could potentially have a significant impact on U.S. regulations. Currently, European vehicles differ from their U.S. counterparts in a number of respects, according to Windpact, a technology and applied science company focused on the analysis, design, and implementation of impact protection solutions. These include 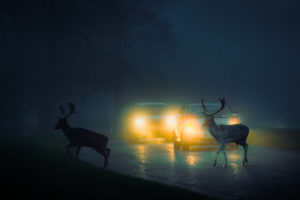 “Not later than 2 years after the date of enactment…the Secretary shall issue a final rule…(1) include performance-based standards for vehicle headlamp systems (A) to ensure that headlights are correctly aimed on the road; and (B) requiring those systems to be tested on-vehicle to account for headlight height and lighting performance; and (2) to allow for the use on vehicles of adaptive driving beam headlamp systems.”

According to the National Highway Traffic Safety Administration, Adaptive Driving Beam (ADB) systems are “a type of front-lighting system that lets upper beam headlamps adapt their beam patterns to create shaded areas around oncoming and preceding vehicles to improve long-range visibility for the driver without causing discomfort, distraction, or glare to other road users.” They promise an increase in safety, and in repair complexity.

This provision seems to indicate that federal requirements may be in place for repair-related aiming and testing of headlight systems. The Insurance Institute for Highway Safety (IIHS) has drawn a direct line between improved headlights and a reduction in crashes.

“The Secretary of Transportation…shall establish and administer a transportation workforce outreach program, under which the Secretary shall carry out a series of public service announcement campaigns during each of fiscal years 2022 through 2026.”

This provision provides funding to increase awareness of career opportunities in the transportation sector, including “mechanics and technicians.” The effort is particularly meant to raise awareness in various segments of the population, “including with respect to race, sex, ethnicity, ability (including physical and mental ability), veteran status, and socioeconomic status.”

The measure should help to address what the Collision Repair Education Foundation (CREF) has called a “critical shortage” of collision repair technicians, as collision repair program graduates are entering the field in numbers too small to fill the vacancies created each year. “This year alone, over half of the collision industry hiring needs will be unmet, leaving managers to hire first-time workers with minimal or no training,” CREF says on its website.

Text of the Infrastructure Investment and Jobs Act

Electric vehicles and public charging infrastructure: Impediments and opportunities for success in the United States

Two fallow deer stag cross a road, in the headlights of distant cars, at night in fog during winter. (Alan Currie/iStockphoto)