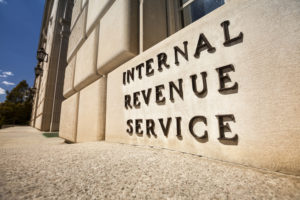 The husband-and-wife owners of a Maryland collision repair shop have been ordered to pay more than $2.2 million in restitution after pleading guilty to making fraudulent tax filings, the U.S. Attorney for the District of Maryland has announced.

Owners Ercin Kalender, 60, and Lizette Kalender, 44, kept two sets of books for Butch’s, their Capitol Heights, Maryland, shop as part of their conspiracy, according to a press release from the office of U.S. Attorney Erek L. Barron.

Lizette Kalender, who handled tax reporting matters for the shop, and her husband conspired to hide more than $6.6 million in income from the Internal Revenue Service over four years, prosecutors said.

The conspiracy was revealed to an undercover federal agent who was posing as a potential buyer of the shop.

The conspiracy involved cashing more than $6.6 million in checks that were not reported on Butch’s tax returns. The corresponding tax loss to the IRS for the four years was $2,219,602, which the Kalenders have been ordered to pay as restitution.

According to their plea agreements, the Kalenders sought to sell Butch’s in August 2018. During conversations with an undercover federal agent who was posing as a potential buyer, they revealed their practices of underreporting revenues and income from the shop.

After the Kalenders became aware of the IRS’s investigation in 2019, Butch’s reported gross receipts of more than $4.5 million, an increase of more than $2.2 million over fiscal 2018.

The Kalenders admitted to paying employees’ wages in cash, and falsely reporting their wages on Forms 941 filed with the IRS. Ercin Kalender told the undercover agent that he gave all but one of his employees extra compensation in cash to avoid tax obligations.

Ercin Kalender and Lizette Kalender face a maximum sentence of five years in prison followed by three years of supervised release for conspiracy. Their sentencing hearings have been scheduled for May 26 in U.S. District Court for the District of Maryland.