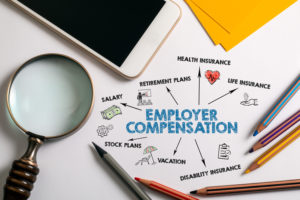 With the current tight labor market, it’s important for businesses to offer competitive salaries and benefits. With that in mind, body shop owners and managers might find some useful information in the 2021 Claims Salary Survey, which takes a look at the compensation offered to a similar talent pool.

Nearly 83% of insurance adjusters report receiving medical insurance as an employment benefit, while 80.2% report having a pension or 401(k) plan through their workplace, according to the survey.

The survey included a look at the pandemic’s impact on operations, remote work, and salaries. It was conducted by ALM Intelligence, a division of Claims Magazine’s parent company, ALM Media, LLC.

Adjusters acknowledged that the pandemic has had an effect on their ability to communicate. One-third said it had made communication with colleagues more difficult, while 18.5% said it had caused difficulties in communicating with insureds.

According to a report on the survey by Claims, 26% of those who responded were independent adjusters, and 74% were employed by insurance companies.

Thirty-seven percent of the respondents were women, compared with 31% in 2020, and 60% were men. Three percent chose not to answer the question.

Among those who responded, 26% were adjusters, 15% were managers, 9% were supervisors, and 6% were vice presidents with directors, specialists, CEO/presidents, representatives, analysts, examiners, investigators, and others making up the rest. More than three-quarters had worked in the field from 21 to 35 years.

Claims noted a significant upturn in the number of people who say they are preparing to leave the field.

“While the number of insurance professionals planning to retire from the industry in the next five years or so has been about 5% for the last several years, our survey found that 28% of the respondents expected to retire in the next one to five years, 21% anticipate retiring in six to 10 years, and 14% hope to retire within 11-15 years,” the report states. “These figures should highlight the necessity of bringing new adjusters into the field.”