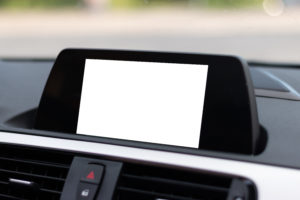 As with any new technology, especially software-based, it’s no surprise to vehicle owners that there will be bugs and updates, but a recent New York Times article points out consumers have an added concern with such technologies – safety. And while class litigation has focused on automakers, the correlation can certainly be made as to why repairers need to follow OEM repair procedures and document those steps to avoid any resulting technological glitches that could turn the litigious focus on them.

Software that operates in-vehicle infotainment screens, backup cameras, and/or sound that cuts out or unexpectedly increases has been the source of lawsuits against OEMs for years now. While touch screens aren’t inherently linked to vehicle safety measures, “plaintiffs have successfully argued that a malfunctioning dashboard display is a serious distraction and potential safety hazard,” according to the NYT article.

Subaru, Honda/Acura, and Ford have paid out millions in software-related lawsuit settlements – $8 million by Subaru for a class-action suit over in-vehicle screens going blank, an estimated $30 million by Honda and Acura for a similar issue, and $17 million by Ford over MyFord Touch system defects, according to the NYT.

Even Tesla, whose software is created in-house, is facing a class-action lawsuit over its S and X models that were built before 2018 having touch screen failures. Last year, Tesla recalled more than 100,000 S and X models built before March 2018 because their touch screens could fail. Tesla planned to update software and replace the 8GB embedded MultiMediaCard (eMMC) in the media control unit (MCU) “that may experience a malfunction due to accumulated wear,” according to Tesla’s website.

Software capabilities are a hard nut to crack for OEMs due to constantly needed updates. Think about your smartphone. Updates are frequent, but it’s not quite that simple for vehicles.

Mark Wakefield, co-leader of the automotive and industrial practice at consulting firm AlixPartners, told The New York Times, “The time window of developing vehicles and putting the hardware into those vehicles is quite different than for a cellphone. When a vehicle is done, it’s done. Software is never really done.”

And as a recent Reuters article points out, software capabilities are only going to increase in vehicles. “Software is playing an increasing role in vehicles, from managing electric motors and batteries to supporting functions such as autonomous driving, entertainment and navigation.”

Also, more and more OEMs may start launching their own software companies. Toyota plans to have its own operating system in its vehicles by 2025 and has said it will “in the future” offer it to its affiliates, including Suburu. Volkswagen is also working on its own software for release by 2025 as is Mercedes-Benz, which plans to launch its own operating system by 2024.

Along with the importance of including detailed line notes in estimates, documenting the entire repair process is of the utmost importance, according to CollisionAdvice.com CEO Mike Anderson and Database Enhancement Gateway (DEG) administrator Danny Gredinberg.

In a recent “Quick Tips” video released by the Society of Collision Repair Specialists (SCRS), Anderson said shops should:

Gredinberg noted that some shops also take videos as documentation.