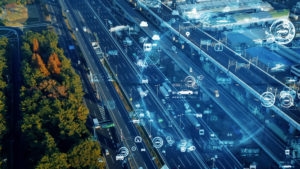 A West Virginia bill that has drawn opposition from automakers has been stripped of a provision that would have explicitly prohibited OEMs from making over-the-air (OTA) recall repairs.

If approved, the bill, HB 4560, would amend 12 sections of the state’s law governing new car dealerships, including provisions dealing with the handling of work done to address a vehicle recall.

In the “committee substitute” version of the bill approved by the House Judiciary Committee on Feb. 24, the paragraph has been shortened: “A manufacturer or distributor may not … cause warranty and recall repair work to be performed by any entity other than a new motor vehicle dealer.”

The bill was given a second reading on Monday, and is scheduled for a third reading today. If approved, it will go to the state Senate, where the approval process will be repeated.

The language barring OEMs from making OTA repairs was one of several provisions that had been opposed by the Alliance of Automotive Innovators (AAI), representing nearly all of the OEMs. AAI had sent a letter to West Virginia lawmakers, warning that “restricting software updates would needlessly harm consumers and potentially create safety risks.”

“Over the air updates allow consumers to update their vehicles from the convenience of their driveways. We are pleased that the Committee removed HB 4560’s prohibition on manufacturers offering those features to consumers,” AAI said in a statement to Repairer Driven News. “However, there continue to be unreasonable ideas in that bill which would negatively impact consumers such as a prohibition on reserving vehicles, targeted customer incentives, and more.”

In its letter, AAI warns lawmakers that the bill “would benefit dealers but would ultimately impose costs and inconvenience on the citizens of West Virginia,” and requests an opportunity to discuss the proposal with the Judiciary Committee.

“Over-the-air updates allow consumers to update their vehicles from the convenience of their driveways, without the need to travel all the way to the dealership. This language would prevent manufacturers from utilizing those over-the-air vehicle updates in West Virginia,” the letter says.

Telematics have made it possible in recent years for automakers to address recalls, as Tesla recently did when it recalled 53,822 vehicles equipped with a test version of its Full-Self Driving software that could allow the vehicle to roll through four-way stop signs.

Beyond recalls, OTA technology has also enabled OEMs to make improvements in vehicle safety and comfort, with no action required by the owner.

“Dealers lack the infrastructure and capacity to deliver software updates to consumers over the air. In addition, manufacturer-owned software is proprietary and protected by federal intellectual property rights, meaning dealers have no claim to those property rights and no authority to distribute software licenses of software they do not own,” the letter states.

“As a result, consumers would have to make time to take their vehicle into a franchised dealer for every system update.” It cautions that this “additional inconvenience” would lead to “consumers driving vehicles with out-of-date software which may bear on some aspects of vehicle operation.”

“It also would needlessly prevent manufacturers from conveniently delivering electronics-related recalls to consumers meaning many vehicles on West Virginia roads could have issues that can be easily be corrected in the background via over-the-air fixes.”

AAI said it was insufficient to make exceptions for “navigation or entertainment systems,” because “those systems are just two aspects of the software in modern vehicles.

“They are the most visible to car owners, but this technology can also be deployed to ensure vehicles are able to be updated to operate as efficiently and safely as possible,” the letter reads.

Neither the bill’s sponsor, Rep. Vernon Criss (R – Wood, 10), nor the chair of the Judiciary Committee, Rep. Moore Capito (R – Kanawha, 35), could be reached for comment.