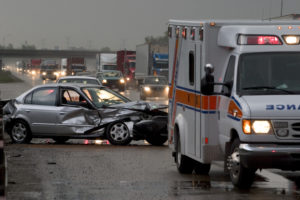 A surge in driver fatalities and risky driving behaviors in the midst of a sharp reduction in miles driven during the COVID-19 pandemic can partly be tied to an increase in driving by a small group of “higher risk” motorists, a study by the AAA Foundation for Traffic Safety (FTS) has concluded.

Although the pandemic led to fewer drivers on the roads and fewer miles driven, 4% of the drivers in the study had increased their driving. These were “younger and disproportionately male—a statistically riskier driver group than the average population,” FTS said.

The foundation said it undertook the study because “existing research has not elucidated why such risky behaviors and negative traffic safety outcomes increased” during the pandemic.

“Our research finds that higher-risk motorists accounted for a greater share of drivers during the pandemic than before it,” Dr. David Yang, executive director of FTS, said in a statement. “Safety-minded individuals drove less, while many who increased their driving tended to engage in riskier behaviors behind the wheel.”

The study did not determine why this group drove more, or why they were more likely to engage in risky behaviors.

Federal data shows that, in addition to driver fatalities, crashes involving impairment, speeding, red-light running, aggressiveness, and failure to use seat belts were at their highest level in more than a decade, according to FTS’s research brief.

Those who drove more during the pandemic also were more likely to report engaging in risky driving behavior in the previous 30 days, according to a survey conducted in the fall of 2020. 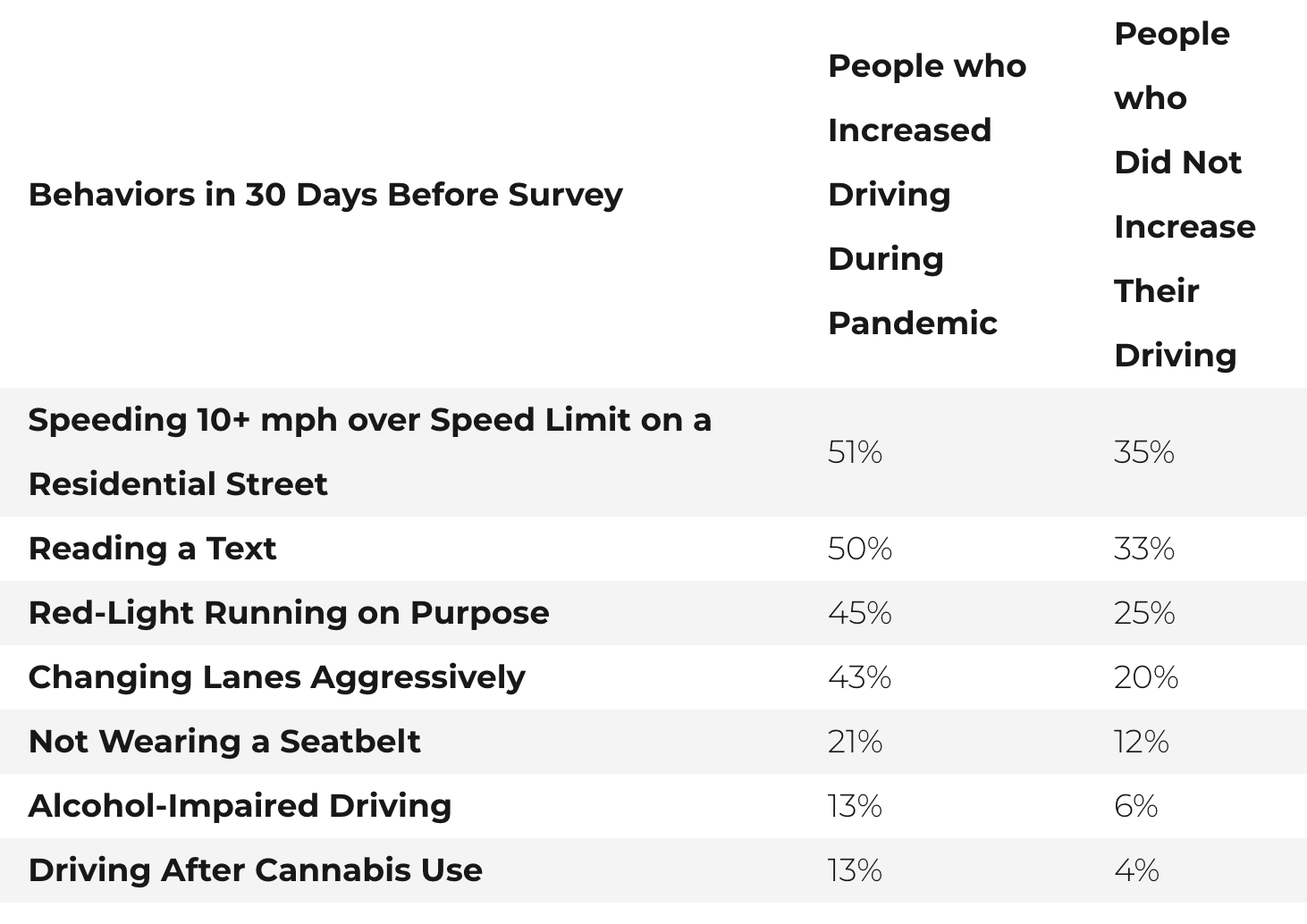 “Importantly, [the group’s] higher rates of risky behaviors were not fully explained by their demographic characteristics nor their frequency of driving,” the study found. “Results thus suggest that at least some of the increase in crash rates observed during the COVID-19 pandemic may be attributable to an increase in driving among a small subset of drivers with both higher baseline risk and greater propensity to engage in risky driving behaviors.

“Although these data do not indicate the reasons why a small subset of drivers increased their driving nor why they are more likely to engage in risky behaviors, they provide some insights into the increased risks on U.S. roads during a period when aggregate metrics of travel showed decreases.”

The riskier drivers might also have been willing to take even more risks with fewer cars on the road, the study said.

“With less traffic on the roads during the pandemic, drivers’ perceptions of the risk and difficulty of the driving task were likely reduced relative to typical pre-pandemic driving situations, enabling them to perform more risk-increasing behaviors while perceiving themselves to be operating within a level of risk or task difficulty that they find comfortable,” FTS said.

The survey found that 60% of respondents had reduced their driving during the pandemic, 36% had not changed how much they drove, and 4% had driven more.

The foundation’s newest American Driving Survey, conducted during the early months of the pandemic, shows how severely COVID affected travel in the United States. The survey found that the average daily number of driving trips made by U.S. adults fell by about 42% in April 2020, rebounded slightly, and then leveled off in the second half of the year at 2.2 trips per day, about 20% below the figure for 2019.

Deaths in the first nine months of 2021 are higher still, approximately 12% above the same period in 2020, FTS said.

“Despite safer roads, safer vehicles and stronger traffic safety laws on the books, the U.S. has witnessed more, not less death on our roadways even at a time when other nations saw dramatic drops,” Jake Nelson, AAA’s director of traffic safety advocacy and research, said in a statement. “What is absolutely clear to AAA is that it will take new action to get us closer to zero traffic deaths.”

Research brief: “Self-Reported Risky Driving in Relation to Changes in Amount of Driving During the COVID-19 Pandemic”