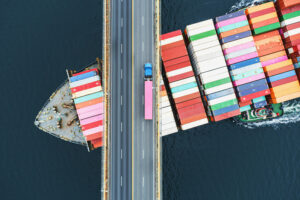 The Ocean Shipping Reform Act (OSRA) now making its way through Congress may improve conditions for importers, but is not likely to have any impact on the current supply chain crisis, according to an authority on ocean shipping.

The bill “was originally written in support of US exporters who were refused space by the carriers last year. So, there is very little in the bill that will help the current situation,” Steve Hughes, the founder of HCS International, a consulting and sales firm focused on the automotive parts industry, told Repairer Driven News. 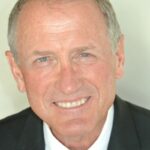 Hughes noted that OSRA still has to go through reconciliation to resolve the major differences between the House and Senate versions, a process he predicts may take several months. “Consequently, we will not see any impact from this bill until probably sometime during the summer,” he said. The bill was approved by the Senate on Monday, and sent back to the House.

If and when it is approved, the bill would address fees paid by importers over delays that are largely caused by COVID-19 and other major supply chain issues that have developed over the past eight years, Hughes said.

Among these is a fee called “demurrage,” which is charged to importers that are not able to retrieve their cargo from the terminals within the four to seven days allowed. He said it’s become common that importers, “through no fault of their own, have been unable to pick up their cargo before the end of free days,” and find themselves charged a storage fee for every day that the container remains in the terminal.

“Many times, we’ve seen containers stuck inside terminals for weeks and even months at a time! All the while, the demurrage fees are adding up,” he said.

The bill also addresses another fee, called “detention,” which applies when an empty container is not returned to the terminal within the time allowed.

“The importers are also having problems with returning containers to the terminals,” Hughes said. “Quite often, the terminals are refusing to accept empties, due to various issues, none of which are the fault of the importer. Again, the importer through no fault of his own is charged a detention fee for ‘not returning the empty’ within the allotted free time.”

None of the OSRA’s impending changes, Hughes noted, will move parts more quickly off ships and into repairers’ hands. That requires funding for seaport improvement projects, including the $17.1 billion included in the federal infrastructure act.

Hughes noted that the infrastructure funding still must make it through the appropriations process. “Once funding is made available to the ports, projects have to go through various permit processes before a shovel hits the ground. Consequently, we are talking a long time before we will see these type of improvements,” he said.

Many industry analysts argue that the supply chain will not return to normal until shipping demand drops substantially from its current record level. “A growing consensus now suggests that the current supply chain chaos will last at least through 2022,” shipping data provider Alphaliner told American Shipper magazine.

Bloomberg reported this month that the Logistics Managers’ Index, a measure of U.S. supply-chain pressures, rose to a record reaching 76.2 in March. It was the third monthly increase in the index, which is based on data about inventories, warehousing, and transportation.

Current speculation is that the market will soften sometime in the third or fourth quarter of 2022, leading to a drop in demand for shipping, Hughes said.

“In the meantime, retailers have said their imports will remain elevated through June. Unfortunately, the peak season of shipping starts in July to bring in goods for back to school and holidays,” he added. “This only buttresses what various shipping pundits are predicting on when the supply chain will start to return to normal.”

A container ship passes beneath a suspension bridge, as a tractor-trailer unit crosses above. (shaunl/iStock)