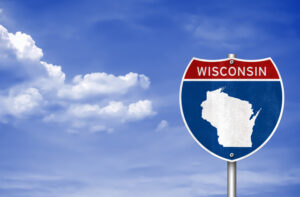 Small, regional carriers placed highest in the Wisconsin Collision Repair Professionals (WCRP) annual ranking of auto insurers, while none of the 10 largest insurers finished in the top third, according to results announced by WCRP.

The ranking, announced earlier this month, was based on a survey of WCRP member shops, who were asked to rate 20 insurance companies based on their overall experiences with their claims handling.

According to Deb Brunett, executive director of WCRP, the top five spots in the ranking – Acuity, Erie, Auto-Owners, West Bend, and Secura – have been the same “for some years now … our industry can be thankful for that consistency.”

Among the larger insurers, she noted that State Farm placed in the middle of the pack, while American Family and Progressive “rose a few notches. You will notice that many of the bigger TV marketing insurance companies were in the bottom 10.”

The WCRP results, collected from 42 shops that participated in the online survey, generally align with the national survey conducted by the CRASH Network. All of WCRP’s top five earned a B or B+ grade in the CRASH survey, and finished in the top 20% in the national ranking of 93 carriers.

Like Brunett, CRASH noted that “The results show that many of the insurers getting the highest grades are smaller, regional insurance companies, ones that many consumers may not be familiar with because these companies do not spend billions of dollars per year on advertising.”

Brunett said the survey results allow shops to “compare their experiences with those of other shops in Wisconsin and adjust their claim practices accordingly. Shops can actively promote the better insurers based on data from a statewide survey.”

For customers, the potential benefit of the survey is substantial, said WCRP Vice President Steve Humblet. “With mega insurance companies spending mega dollars in promoting their great claims service, the public is often duped or misled into purchasing insurance that most likely will not measure up to their promotions,” he said. “The results of the survey based on claim service clearly indicates the most promoted insurers do not measure up.”

Some of the highest rated carriers in the WCRP survey were also some of the smallest. West Bend, which placed fourth, does business in just five states, while Secura, which placed fifth, sells policies in only Wisconsin and Minnesota.

The results can also benefit insurers, “if they have any interest in customer’s satisfaction,” Brunett said. “Collision shops should not have to bear the brunt of inferior parts that are requested to be used from some insurance companies when the shop wants to do the right thing for the customer.”

The WCRP survey also asked shops a number of questions about their operations. It found that 90% had raised their labor rates in the past two years, and that 61% reported an influence on their labor rates by a DRP relationship.

Among all shops, 78% reported a DRP relationship. Asked if the relationship is positive for their business, 17% said very, 59% said somewhat, and 24% said not at all.

Asked which carrier insures their company, shops most frequently reported West Bend, Erie, and Auto-Owners. Shops said they most frequently use AkzoNobel/Sikkens, Axalta, PPG, and BASF paints; rely on estimating systems from CCC and Mitchell, and use Snap On and asTech tools for in-house scanning.