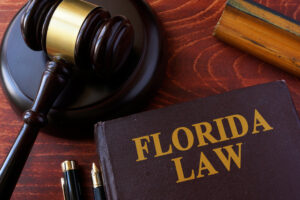 A federal judge in Miami has approved class-action status in a lawsuit accusing a subsidiary of American Family Insurance of improperly collecting a cancellation fee that was not mentioned in their policies.

The class includes all Florida residents who bought non-standard auto coverage from Permanent General Assurance Corporation (PGAC) from 2015 to 2020, when the initial complaint was filed, U.S. District Court Judge William Dimitrouleas said in an April 11 order.

Dimitrouleas, in his order, noted that non-standard auto insurance sold by PGAC and others is “typically procured by those customers who, due to financial constraints or otherwise, are unable to afford coverage through standard carriers.” It’s common for this type of policy to cancel, he said.

“As such, Plaintiffs assert that it is important that consumers be given clear, advance notice of the potential or existence of any fees or penalties that the consumer may incur upon cancellation,” the judge wrote.

The plaintiffs said they expected to receive a refund of 90% of their unearned premium at cancellation, based on the following language in their policies:

1. Upon cancellation “you” may be entitled to a refund of unearned premium. Making a premium refund is not a condition of cancellation.

2. If the cancellation is at “your” request, “we” will refund 90% of the pro rata unearned premium.

3. If the policy is canceled at “our” request, “we” will make a pro rata refund of any unearned premium.

The court order summarizes two of the plaintiffs’ cases:

“This business practice was not random or isolated to [the plaintiffs], nor was it the result of a mistake or miscalculation,” the suit claims. “Rather, Permanent General’s conduct is part of a common and uniform business practice and protocol employed by it when policies are canceled and premium refunds are due to the insured.”

The plaintiffs claim the practice is a breach of contract, unjustly enriches PGAC, and violates Section 627.7283 of Florida law, which governs the cancellation of auto policies and return of unearned premiums.

The suit seeks payment for all class members for any deductions over the 10% of unearned premium, as spelled out in PGAC’s policy.

PGAC argued that the plaintiffs have failed to prove that a class exists. Dimitrouleas called those arguments “without merit.” He also dismissed PGAC’s claim that Connor’s conviction on kidnapping charges in 2001 makes her unfit to represent the class.

“…Connor’s felony conviction, while serious, is not conclusive as to her ability to adequately represent this class,” the judge wrote. “Defendant does not cite, and the Court cannot find, any authority holding that a felony conviction standing alone renders a class representative inadequate.”