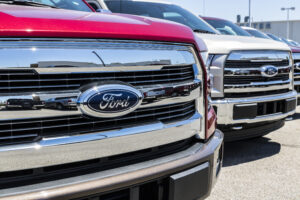 Ford has applied for a tank turn patent that would give its trucks the ability to move each axle in opposite directions simultaneously, much like a military tank can be maneuvered in and out of tight spaces. Several trade publications have surmised the patent is for the new Ford F-150 Lightning – the OEM’s first all-electric pickup truck, which was released earlier this month. 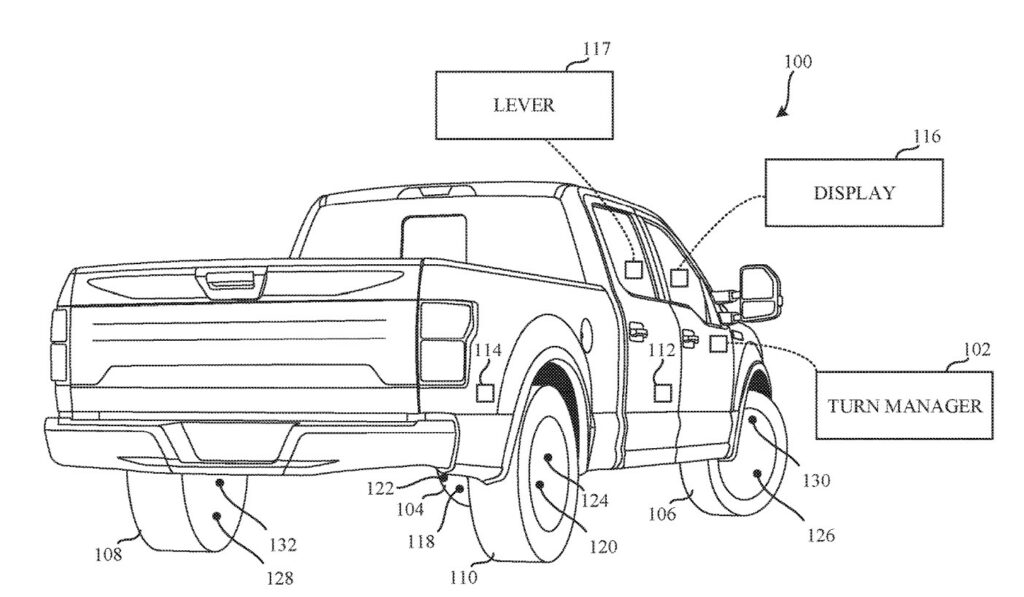 OEM Rivian said a tank turn feature would be available on its R1T pickup and R1S SUV, but it has yet to launch on either. InsideEVs reports that while Toyota and Rivian have filed tank turn patents, Rivian is the only one so far to demonstrate it working.

InsideEVs explains that since the Lightning doesn’t come with a quad-motor setup, and instead only with dual-motor versions, a tank turn would only be possible by reversing one side and moving the other forward with gears, or locking all four wheels.

The Ford patent was published a couple of days before World Intellectual Property Day, on April 26, for which the Alliance for Automotive Innovation released some policy recommendations for better patent quality to help OEMs “support the development and deployment of cutting-edge technologies to meet crucial safety and environmental goals.”

The AAI’s recommendations, in part, are to:

“Prioritize patent quality: low-quality patents often lead to nuisance litigation alleging infringement of patents that should never have been issued;

“Ensure fairness in technical standards licensing: when standardized technologies, such as connectivity, computing capacity, and cellular networks, are put into vehicles, and not “licensed on fair, reasonable, and non-discriminatory (“FRAND”) terms, it impedes innovation and efficiency in the automotive industry;

The full AAI document can be viewed here.