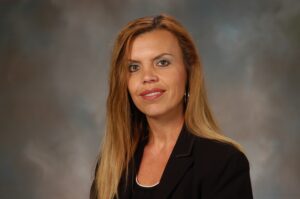 Bloomberg Hyperdrive reports that Apple may be ramping up its development of an electric vehicle (EV) by recently hiring longtime Ford executive Desi Ujkashevic.

Ujkashevic helped lead safety efforts and vehicle engineering of interiors, exteriors, chassis, and electrical components as well as the development of EVs for several Ford vehicle models throughout her 31-year career with the OEM, according to the Hyperdrive article.

Apple declined Hyperdrive’s request for comment on hiring Ujkashevic and Ford said she had retired from the company.

“Enlisting Ujkashevic suggests that Apple is continuing to push toward a self-driving car despite several high-profile departures over the past year. The project’s management team has been almost entirely replaced since it was run by Doug Field, an executive who left for Ford last year,” the article states. “Building an electric, self-driving car is seen as a ‘next big thing’ for Apple – a new product category that can keep its sales growth from stalling. But the project has suffered numerous strategy shifts and personnel changes since it kicked off around seven years ago.”

Apple is also looking to launch a self-driving EV by 2025, according to an article published by The Guardian in November. That hope is still current, according to Hyperdrive, with the goal of removing the traditional steering wheel and pedals while emphasizing safety.

“To that end, the company is looking to develop stronger safeguards than what’s available from Tesla and Waymo,” Hyperdrive wrote. “That includes building in plenty of redundancy – layers of backup systems that kick in to avoid safety and driving-system failures – Bloomberg reported last year. Ujkashevic could be involved with that component. Apple had hired Jaime Waydo to serve as car safety leader in 2018, but the Waymo veteran departed last year.”

Ujkashevic is still listed on Ford’s website as the global director of the Global Automotive Safety Engineering Office. Her responsibilities under that role are listed as current and future program safety strategy, including with autonomous vehicles (AVs), corporate rule-making, advanced strategy development, field service actions, and program safety compliance.

“Desi has a wealth of global automotive industry leadership experience, driving Product, Quality, and Operational Excellence with a focus to enhance the Automotive Customer Experience and enable advanced technologies to deliver current and future mobility demands,” the post states.