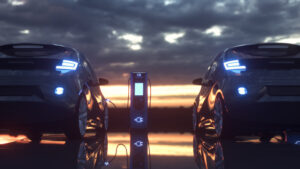 Electric vehicle (EV) registrations shot up by 60% in the first quarter of 2022, accounting for a record 4.6% of all new vehicle registrations in the U.S., according to financial data firm Experian.

According to Automotive News, Experian reported that 158,689 new EVs had been registered in the first three months of the year. Four of the top 10 spots were taken by Tesla models, with Hyundai and Kia accounting for three spots between them, and Ford, Nissan, and Volkswagen one each.

Also notching new registrations were Polestar, with 2,384; Rivian, with 701; and Lucid, with 308. General Motors, which halted its assembly line to deal with battery issues, saw just 479 registrations of its Bolt subcompact, compared with 9,099 a year earlier. 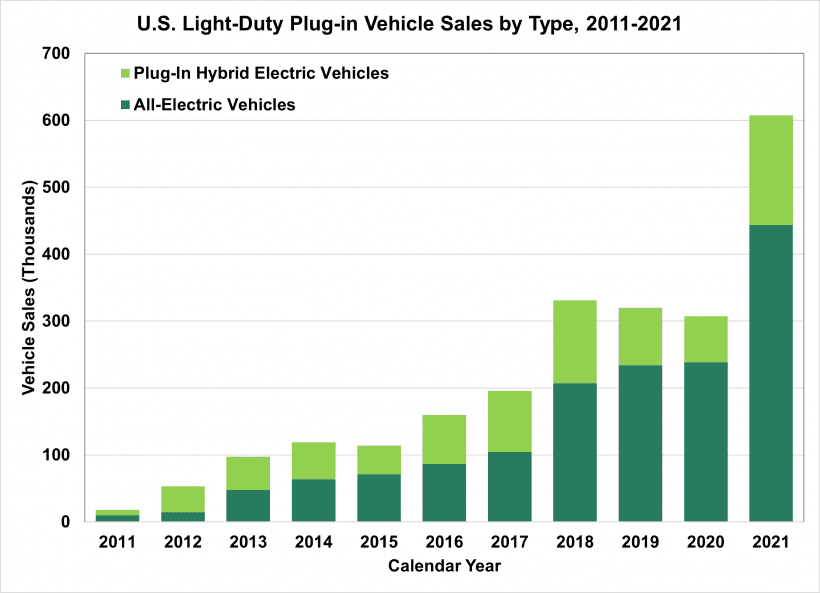 “The rapid growth in plug-in electric vehicle sales from 2020 to 2021 is remarkable in the context of overall light-duty vehicle sales, which increased by only 3% during the same period,” the DOE said.

Not all of those EVs are evenly distributed across the U.S., of course. The DOE’s Vehicle Technologies Office recently released maps showing the plug-in electric vehicle (PEV) share by state in 2021, and the overall share of the nation’s vehicle fleet. 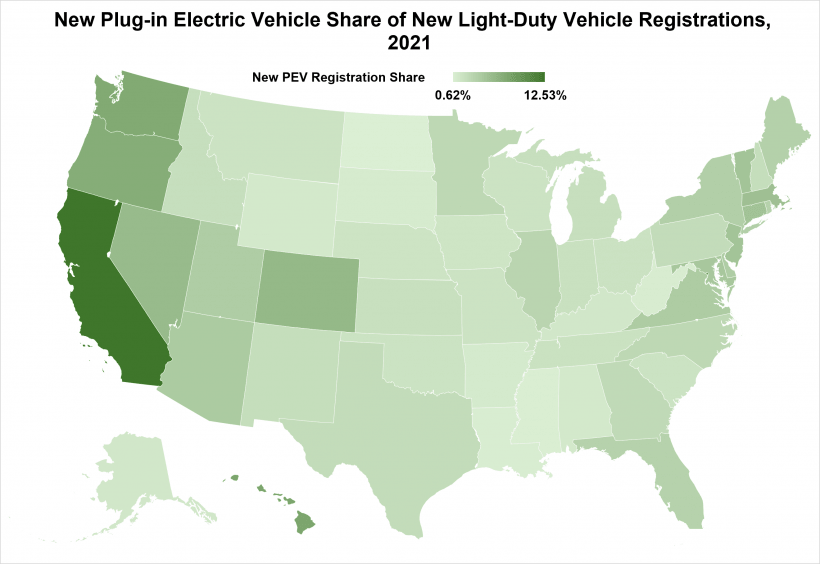 As Inside EVs reports, California continues to lead the U.S. in the adoption of PEVs, which made up 12.5% of its new LDV registrations in 2021. In some areas, including the District of Columbia, Hawaii, Washington, and Oregon, PEV share was above 7%, while in other states it was below 1%.

According to the Veloz Electric Vehicle Market Report and the California Energy Commission, plug-ins exceeded 16% share in California in the first quarter of 2022, Inside EVs reported.

Cumulatively, as of the end of 2021, EVs had replaced 2.5% of the vehicle fleet in California. In a small number of other states, that number might approach 1%, the website said.

“It’s a clear indication that it might require decades to switch entirely to plug-in electric cars. Nonetheless, let’s hope it’s possible before 2040, as many automakers would like to end or limit internal combustion engine vehicle sales by 2030,” the site said.