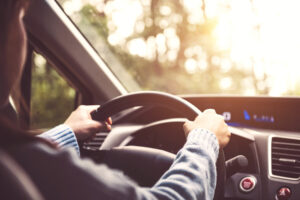 The Infrastructure Investment and Jobs Act that became law in November 2021 not only lays out a spending plan for the repair of roads and bridges but also requires vehicle safety standard revisions and research as well as safety component additions over the next one to three years.

As attorney Michael R. Lemov points out in an opinion piece published by The Hill, the law within its 1,039 pages contains “little-noticed sections designed to implement a reduction in the rising toll of automobile crashes, deaths and injuries.”

In February, U.S. Secretary of Transportation Pete Buttigieg unveiled the DOT’s new safety plan to decrease the number of roadway deaths that will be implemented over the next three years to reach zero deaths.

National Highway Traffic Safety Administration (NHTSA) data, released in March, found an estimated 38,824 people died in motor vehicle crashes in 2020 – the highest number of fatalities since 2007. In the first nine months of 2021, an estimated 31,720 people died in vehicle crashes while the fatality rates in the second and third quarters of 2021 declined compared to 2020, according to NHTSA.

The information below outlines the vehicle safety changes and research that will be implemented under the law.

The federal infrastructure law requires that the Secretary of Transportation within two years from the date of passage, which was Nov. 15, 2021 must issue a final rule to amend current law for the inclusion of “performance-based standards for vehicle headlamp systems — (A) to ensure that headlights are correctly aimed on the road; and (B) requiring those systems to be tested on-vehicle to account for headlight height and lighting performance; and (2) to allow for the use on vehicles of adaptive driving beam headlamp systems.”

By Nov. 15, 2022, the Secretary of Transportation must publish a notice for the public to review and comment on “to establish, distinct from crashworthiness information, a means for providing to consumers information relating to advanced crash-avoidance technologies, in accordance with updated passenger motor vehicle information required by federal law.”

The program is to include information about pedestrian, bicyclist, or “other vulnerable road user safety technologies” and how performance test criteria will be developed to evaluate automated pedestrian safety systems in light vehicles to prevent and mitigate, “to the best extent possible,” pedestrian injury.

The new law also amends U.S. Code to require a new car assessment program roadmap, or plan, that details any changes that will be made every four years after this year’s plan.

The secretary will also have to issue a notice for public review and comment on hood and bumper standards with information about the incorporation or consideration of advanced crash-avoidance technology in existing motor vehicle standards; standards or technologies to reduce the number of pedestrian, bicyclist, or other vulnerable road user injuries and fatalities; the development of performance test criteria for use by manufacturers in evaluating advanced crash-avoidance technology, and potential harmonization with global standards.

The act requires the secretary, by November 2023, to prescribe a safety standard for commercial vehicles manufactured after the effective date of the standard to come standard with an automatic emergency braking system. Also by that time, a final rule must be issued by the secretary that will require OEMs to install a device or system to automatically shutoff the engine in every internal combustion engine (ICE) vehicle that has a keyless ignition after it has idled for a certain period of time, which will vary by the type of vehicle, to prevent carbon monoxide poisoning.

The study report will then be considered for regulatory or legislative action, according to the law. The law also requires the secretary to improve public access to NHTSA vehicle safety databases by November 2024 to, in part, “provide greater consistency in presentation of vehicle safety issues… [and] improve searchability regarding specific vehicles and issues, which may include the standardization of commonly used search terms.”

All vehicles manufactured for sale in the U.S. will also have to be equipped with forward-collision and lane departure warnings as well as a lane-keeping assist system by the effective date that the secretary of transportation determines.

By November 2024, the secretary is required to conduct research on the installation and use on vehicles of driver monitoring systems “to minimize or eliminate driver distraction, driver disengagement, automation complacency by drivers, and foreseeable misuse of advanced driver-assist systems.”

By this November, the secretary must revise federal regulations to require trailers and semitrailers manufactured after a specified date to have rear impact guards that are designed to prevent underride crashes and severe injury in cases to motorists in passenger vehicles that are traveling at speeds of up to 65 miles per hour.

And by November 2023, the secretary must issue an advanced notice of proposed rulemaking to update federal vehicle seat back safety standards.

Connected vehicle technology research
The NHTSA administrator, the head of the Intelligent Transportation Systems Joint Program Office, and the Federal Highway Administration administrator sometime this month – since the law states “not later than 180 days after the date of enactment” – will: expand vehicle-to-pedestrian research efforts focused on incorporating bicyclists and other vulnerable road users into the safe deployment of connected vehicle systems.” By November 2023, they must submit to Congress, and make available to the public, a report that describes the findings of the research including “an analysis of the extent to which applications supporting vulnerable road users can be accommodated within existing spectrum allocations for connected vehicle systems.”

Advanced impaired driving technology
Alcohol-impaired driving fatalities account for one third of all highway fatalities in the U.S. every year and in 2019, there were 10,142 fatalities that involved drivers with a blood alcohol concentration level at or above the legal limit, according to the Infrastructure Investment and Jobs Act. It also states that 68% of the crashes that resulted in those fatalities involved a driver with a blood alcohol concentration level of .15 or higher.

Because of those findings, Congress included in the act that by November 2024, the transportation secretary will issue a final rule to prescribe a federal motor vehicle safety standard that requires passenger motor vehicles manufactured after the effective date of the standard to be equipped with advanced drunk and impaired driving prevention technology. OEMs will have two to three years to comply, according to the act.

By November of this year, the U.S. Comptroller General must conduct a study and submit a finding report on NHTSA’s use of crash test dummies to examine:

By November 2023, the secretary must issue a final rule that requires all new passenger vehicles that weight less than 10,000 pounds to be equipped with a system that alerts the driver to check “rear-designated seating positions” for children or __ after the vehicle engine or motor is turned off.

The secretary must initiate a study on the existing and future impacts of self-driving vehicles on transportation infrastructure, mobility, the environment, and safety, including the interstate system, urban roads, rural roads, corridors with heavy traffic congestion, transportation systems optimization, and any other areas or issues relevant to operations of the Federal Highway Administration.

How the $1.2T infrastructure bill may affect the collision repair industry