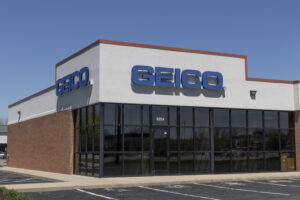 A federal appeals court has upheld the dismissal of a class action suit against GEICO for charging excessive auto insurance premiums to New York drivers during the pandemic.

The court found that the suit, filed by plaintiffs Todd Grossman and Mujo Perezic, was in conflict with the filed rate doctrine, which “bars suits against regulated utilities grounded on the allegation that the rates charged by the utility are unreasonable.”

Under the filed rate doctrine, because GEICO’s rates are approved by the New York Department of Financial Services (DFS) in accordance with the state’s insurance laws, they are considered to be reasonable, the U.S. Court of Appeals for the Second Circuit ruled.

The ruling appears to preclude any consumer action against a carrier in New York over approved insurance rates.

New York insurance law states that “'[r]ates shall not be excessive, inadequate, unfairly discriminatory, destructive of competition or detrimental to the solvency of insurers’ and charges the NYDFS Superintendent with ‘determining whether rates comply with the foregoing standards,’ taking into account factors specified by the statute,” the court said.

Citing case law, the court found that “Plaintiffs’ claims are precluded by the filed rate doctrine, which ‘bars suits against regulated utilities grounded on the allegation that the rates charged by the utility are unreasonable.’ Under the doctrine, ‘any “filed rate”—that is, one approved by the governing regulatory agency—is per se reasonable and unassailable in judicial proceedings brought by ratepayers.’

“The doctrine is rooted, in part, in the concept that ‘courts should not undermine agency rate-making authority by upsetting approved rates’—a concept known as the ‘nonjusticiability’ principle,” the court ruled.

“Plaintiffs’ claims are barred under the filed rate doctrine because, fundamentally, they each seek a recalculation of the insurance rates that GEICO charged during the relevant period” and that were considered reasonable by the DFS, the court ruled.

The judges also found that the lower court, the U.S. District Court for the Southern District of New York, had correctly dismissed the suit for failing to make a plausible claim.

Although their contract provision with GEICO provides that the carrier “’may adjust [the policyholder’s] policy premiums during the policy term” if information in the policyholder’s file is changed, the plaintiffs “allege changed conditions as a result of a global pandemic, not the type of changed information covered by this provision.”

In addition, the judges ruled, GEICO’s promise to “[pass] these savings on to our auto, motorcycle, and RV customers” through its post-COVID Giveback Program did not obligate the carrier to provide “‘substantial and full relief’ by refunding all of GEICO’s abnormally large profits during the pandemic….”

Through its GEICO Giveback program, the insurer offered a 15% premium reduction on new or renewed policies.

In their suit, filed April 1, 2021, the plaintiffs alleged that GEICO had reaped “unconscionably excessive” profits during the pandemic when a sharp decrease in driving resulted in fewer accidents. “Despite full knowledge of these facts, GEICO has continued to charge and collect excessive premiums, and has failed to issue adequate refunds,” the suit charged.

The plaintiffs called the company’s GEICO Giveback “woefully inadequate to compensate for the excessive premiums that customers have paid as a result of COVID-19,” noting that the 15% discount did not apply to the premiums that the customer has already paid on policies already existing at the start of the COVID-19 pandemic.

“And even with respect to new and renewal policies, the 15% credit falls well short of an adequate return of premiums,” the suit claimed.

The plaintiffs noted that the GEICO Giveback program had earned a D-minus grade from the Consumer Federation of America (CFA), finding that it “fails to match the relief to the relevant premium and policy,” “doesn’t provide relief for current policyholders,” “fails to credit consumers for the current premium that has become excessive,” and is “wrongly attempting to take credit for future – and in most cases distant future – rate reductions as if it were actually providing relief today to current policy holders.”

The CFA found that New York drivers were owed a total of $1.6 billion in premium relief, even taking into account various refund programs.

In an analysis released in December 2020, the U.S. Public Interest Research Group (PIRG) Education Fund, a consumer advocacy group, found that insurers increased their profits by “tens of billions of dollars” during the pandemic, but barely compensated consumers.