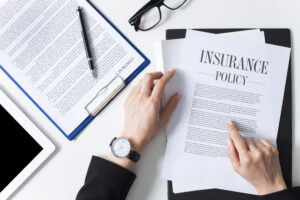 Kreidler’s rule would require all property and casualty insurers that sell personal lines of insurance to disclose to their policyholders why they’ll face future premium changes.

“If you eat at [a] restaurant or go to the grocery store, you get a receipt showing what you’ve paid for and what made up your total bill,” said Kreidler, in an OIC news release. “Why can’t your insurance company tell you the same type of information? There are many factors that determine how much you pay for insurance. You deserve to know what they are and what you can do to get a better rate.”

The draft rule states insurers must send a Premium Change Disclosure Notice to the policyholder at least 20 days prior to the effective date of the premium change. The notice has to include “an itemized list of all factors used to determine the premium change, and contain the cost or percentage of each factor and its impact on the overall premium, so that one hundred percent of the premium change is explained.”

When Repairer Driven News asked if Kreidler would consider the same itemization for consumers when insurers deny charges that aren’t expressly spelled out in the policy, Public Affairs Director Stephanie Marquis said the Rule Team initially considered including changes to policyholder coverages and benefits in the rule, but decided against it.

“We determined that it would be too difficult to quantify and articulate the coverage changes into transparent information, such as dollar or percentage amounts,” she said. “Instead, the proposal focuses on changes to the policyholder premiums, rather than exclusions or denials for policies, coverages, or benefits.”

She added that it’s already illegal in Washington for insurers to misrepresent policy provisions and that they “must fully disclose to first party claimants all pertinent coverages of the insurance policy.”

“If an insurer does deny a claim, it must reference the specific provision in the policy for that basis,” she said. “On an auto claim, if the insurer pays less than the claimant’s estimate, the insurer must fully disclose to the claimant the reason(s) it paid less.”

A public meeting about the draft rule was held for the second time Tuesday via Zoom. OIC Senior Policy Analyst Michael Walker said the OIC wrote the draft rule after receiving numerous complaints from policyholders who said “insurers were sending overly generic notices to consumers, which incorrectly communicated information regarding their insurance changes.”

“In these instances, the insurer notices only articulated the credit scoring prohibitions as the sole, actual reasons for changes to the consumers’ insurance,” he said. “Additional information acquired by the consumer and the agency revealed that the credit scoring prohibitions were not the only actual cause of consumer insurance changes. And so what we had here was an issue that was identified with missing transparency in these insurance transactions.”

“Health insurers are required to explain rate changes to their policyholders,” Kreidler said. “They also have to tell you how much of the premium they’re collecting will go to pay claims. Yet, your auto insurer is not held to that standard. This rule will help consumers understand the cost drivers behind what they’re paying for auto or homeowner’s insurance. This is basic information, and frankly, I’m not sure why we didn’t require this transparency before.”

Walker said Tuesday the rule would help consumers shop around for insurance and would improve their mitigation of risk and costs. Violation of the rule would be an unfair and deceptive trade practice, he said.

Insurance company representatives took issue with the rule and said it wouldn’t be beneficial to consumers.

Christian Rataj, National Association of Mutual Insurance Companies (NAMIC) senior regional vice president for the western region, said his association wants the OIC to withdraw its draft, not move forward with any rulemaking, and “work collaboratively with the industry as part of the national discussion of consumer transparency that is currently going on at NCOIL [National Council of Insurance Legislators].”

He called the proposed rule “impractical” and “burdensome” for consumers and said it would cause worry or confusion. The rule having “little value” to consumers “but a lot of expense potential” to insurers also would be “somewhat disrespectful” to consumers’ “strained finances” because it could cause their premiums to go up.

Rataj made the argument that restaurants don’t provide their customers with “extensive granular pricing details” such as the cost of individual food items, rent, labor, monthly overhead, advertising, and other business costs. The rule would expose insurers to civil legal claims because the disclosure would require illegal theoretical ratings, he said.

American Property Casualty Insurance Association (APCIA) Vice President Mark Sektnan said the association is happy with the confidentiality requirements of the draft rule and that it doesn’t apply to commercial insurers. However, the specificity of the rule “may be unrealistic and even undoable.”

“For example, the regulations require disclosure of all the elements that determine a premium but also exempt specific factors. It would be hard for insurers to do both.”

The rule would also further complicate and likely delay rate setting by insurers and approval of rates by OIC, he added. APCIA also prefers a national approach rather than at the state level.

Northwest Insurance Council President Kenton Brine compared the rule to asking someone for the time and their response is instructions on how to build a watch.

“They are requiring so much specificity and information that it may serve to confuse and frustrate consumers rather than provide truly useful and helpful information,” he said.

He agreed with Rataj that the rule will cause delays in OIC rate approvals and added that delays are already occurring.

Consumer Vernon Dwight Schrag talked during the meeting about his firsthand experience with a lack of transparency from long-term care insurance carriers and his dissatisfaction with the rule excluding those carriers. He also noted his longtime auto insurance carrier “had to be taken down” by a federal class action lawsuit for wrongdoing.

OIC will next review public comments that were due to them by close of business Tuesday, hold internal Rule Team meetings, and then prepare its next rule draft. A third public meeting, during which comments will be heard from participants, will be held at a later date that hasn’t been announced yet.