General Motors has received a patent from the United States Patent and Trademark Office for a “shape changing” mirror.

The mirror would be bendable to switch between a flat shape and fisheye, which would change the driver’s field of view, according to the patent. 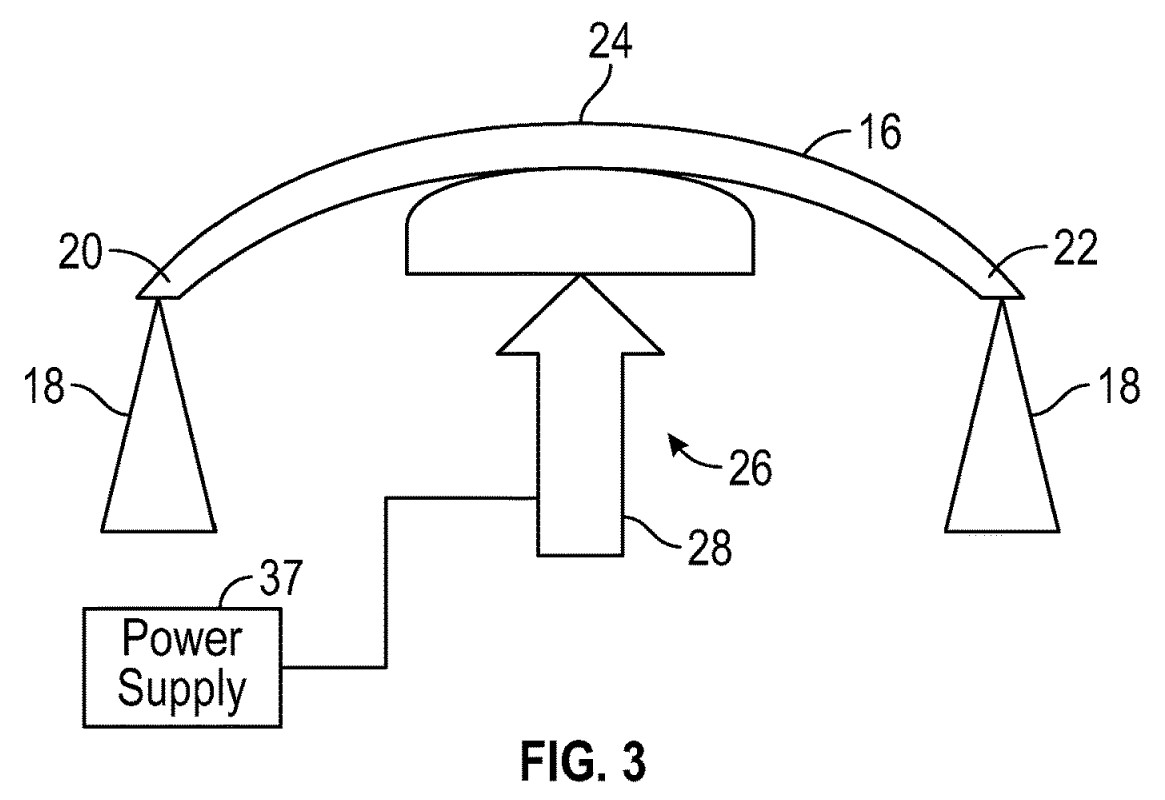 A controller in communication with the mirror would be programmed to determine whether a secondary vehicle is in the vehicle’s blind spot before the driver turns by activating the fisheye shape and then returning to the normal, flat shape after the turn signal is turned off.

The patent includes six methods to change the mirror’s shape. In the first, an actuator assembly for the mirror would include wires connected to electromagnets that sit near another set of magnets. When the electromagnets receive electrical energy, they pull the other magnets toward themselves to bend the mirror from the flat shape to the fisheye shape, according to the patent.

A second method would use a similar concept but with electrical pads and an electroactive polymer to change the shape of the mirror.

Three other methods include the use of linear solenoids and blocks with legs, a bracket, or a universal joint with linkage that, with electrical energy, would push or pull the blocks toward the other component(s) to bend the mirror into a fisheye shape.

The last method listed would use linkage, an electric motor, and a cam. When electric energy is received, the cam would rotate on an axis to push the mirror and bend it into the fisheye shape.

In response to Repairer Driven News’ questions about when the shape changing mirror could make it to market and on which vehicles as well as how it could affect collision repairs, GM Product, Brand & Initiative Communications spokesman Mark Lubin said no additional information other than what the patent provides can be shared at this time.

“With this technology still only being in the early stages of development/patent application, we cannot comment or speculate on the particular applications at this time,” he said.