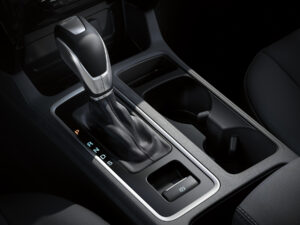 Ford has issued a safety recall for 2.9 million vehicles over a transmission linkage issue that could allow the vehicles to roll away when parked.

According to Ford, the problem lies with the bushing that attaches the shifter cable to the transmission. The bushing can deteriorate or become disconnected, preventing the vehicle from being shifted into the intended gear.

This can cause the vehicle to move in an unintended direction, and allow the vehicle to roll away when the driver puts the shift lever into the park position unless the parking brake has been applied, Ford said.

Ford said it is aware of four reported injuries and six reported incidents of property damage related to the failure.

The remedy, the OEM said, is a new underhood shift bushing, and the addition of a protective cap over the bushing. Ford dealers will carry out the work free of charge.

Ford said the instrument panel display will show the true gear selection, which might not match the gear shift lever position. If the engine is turned off with the transmission not in park, it will not restart, Ford added.

While the root cause hasn’t been determined, the OEM believes that heat and humidity could be contributing to the breakdown of the bushing material.

According to Automotive News, NHTSA data shows that Ford has issued 38 recalls this year — the most by any manufacturer — affecting nearly 7 million vehicles.

Earlier this week, Ford announced it was recalling 48,924 Mustang Mach-E crossovers to repair a safety defect that could cause the electric vehicle (EV) to lose power.

The OEM said the vehicle’s high-voltage battery main contactors could overheat, leading to a malfunction that could cause the vehicle to either not start or immediately lose propulsion power while in motion.

The repair is an update of onboard software, which can be conducted at a dealership or over the air.

In May, Ford announced a recall of 39,013 model year 2021 Ford Expedition and Lincoln Navigator vehicles after receiving several reports of underhood fires in parked vehicles. The OEM advised that the vehicles be parked outdoors and away from buildings, as it investigates the cause.

Repairers who have an affected Expedition or Navigator in their shop will want to move it outside, if possible. Repairer Driven News asked Ford if any mitigating procedures should be taken with a vehicle that cannot be moved; the company did not respond.

Ford recalls 39,000 SUVs over fire risk, advises that they be parked outdoors

The shift lever of a 2018 Ford Escape. (Provided by Ford)