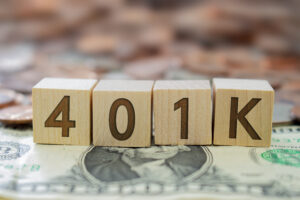 Coley Eckenrode, with Virginia Asset Management and an advisor for the Society of Collision Repair Specialists (SCRS) 401(k) Multiple Employer Plan (MEP), cautions shop owners to always be aware of how funds in retirement savings plans for their employees are handled.

Eckenrode’s company serves as a co-fiduciary of the SCRS plan. Repairer Driven News reached out to him for his thoughts on how a recent 401(k) lawsuit against AAA Carolinas and Auto Club Group could’ve been avoided. The two plan participants, Wes Johnson and Tamekia Bottoms, who filed suit argued that the defendants didn’t follow the Employee Retirement Income Security Act of 1974 (ERISA), violated federal prohibited transaction law, and cost plan participants millions of dollars.

“On a quarterly basis in Investment Committee, one of the things that we do is benchmark fee structures. Our internal costs, from an investment perspective, are accruing low. We’re using the collective scale of members that sign up for the MEP to drive down costs so we’re very hawkish on costs and we understand that ultimately impacts participants in the plan; the lower their fees, the higher their rate of return is. We take that responsibility very seriously.”

The suit states the defendants “did not act reasonably and consistently with ERISA’s provisions, costing Plan participants and beneficiaries millions of dollars, by (1) breaching multiple fiduciary duties owed to Plan participants, broadly expressed as incurring excessive fees that were paid by AAA’s employees who participated in the Plan; (2) failing to diversify (an independent basis of liability, separate from a breach of the general duty of prudence imposed on trustees); (3) engaging in prohibited transactions with parties in interest; and (4) failing to monitor co-fiduciaries.”

“This case is another example of a large plan with bargaining power filling their 401(k) plan with expensive funds when identical, cheaper funds were available, which the plan had more than sufficient bargaining power to obtain,” the suit states. “Defendants had an obligation to ‘avoid unjustified costs’ and obtain the cheapest funds possible, particularly when two or more funds were identical in all meaningful aspects.”

The plaintiffs contend that the use of expensive funds occurred “for over a decade, aside from a small change in direction in or around 2018.”

Eckenrode said oftentimes business owners assume plan advisors are taking care of everything they’re supposed to but that’s not always the case and don’t realize that they, as the owner, are the plan trustee and fiduciary so, ultimately, it’s their responsibility. Most important is to ensure plans are cost-competitive and meet the Department of Labor and ERISA requirements, he said. All three are what Virginia Asset Management and its Investment Committee work to meet for the SCRS plan.

The parties agreed to settle the case out of court on June 15 and, according to the settlement order, are putting together a settlement agreement. Class certification was intended for the case since the plan in question had between 1,700 and 2,100 participants and beneficiaries at the start of the applicable statutory period, according to the suit.

The defendants previously filed a motion to dismiss the suit on grounds that it failed “to state plausible claims for relief” and that alleged breach of fiduciary duty, as well as prohibited transactions, are time-barred.

In other 401(k) news, a bill has been introduced in the U.S. Senate that would establish a framework and rules for auto portability, or the automatic transfer, of 401(k) funds of less than $5,000 from one company to another when an employee switches jobs. In turn, plan sponsors would receive a $500 tax credit for offering auto portability.

401K Specialist says the bill is important because it promotes bipartisan retirement savings public policy, creates “a more durable foundation” for and increases confidence in auto portability, and “gives 401k participants what they want.” The article cites a 2022 Employee Benefit Research Institute (EBRI) survey that found most employees who changed jobs preferred automatic plan-to-plan portability over transferring it to an IRA or leaving their savings behind, according to 401K Specialist.

The bill states that up to $105 billion in retirement savings leaves the defined contribution pension plan system annually because of employees cashing out their savings after switching jobs. As much as $2 trillion could be retained in the U.S. retirement systems if auto portability was implemented, according to 2017 research by EBRI.

The bill was read twice after it was introduced on June 15 and was referred to the Committee on Finance. If the bill is passed, SCRS would have the ability to offer auto portability, which at this time there isn’t a conduit for, Eckenrode said.