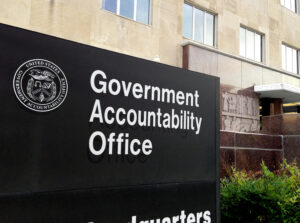 The U.S. Government Accountability Office (GAO) has agreed to study the right-to-repair issue as it applies to light-duty vehicles, according to a spokesman for the agency.

The work is expected to begin in about six months, “when the relevant GAO staff complete current work and become available,” Chuck Young of the GAO told Repairer Driven News.

Determining the scope of what will be covered and the methodology to be used will be one of the first steps undertaken, Young said. “We won’t have a release date projected until those steps are taken,” he said.

The study comes at the request of U.S. Rep. Jan Schakowsky, chairwoman of the Consumer Protection and Commerce Subcommittee, who said federal agencies need guidance on how to balance wider access to data with cybersecurity concerns.

The GAO, sometimes referred to as the “congressional watchdog,” is an independent, nonpartisan investigative agency.

“It is critical that the Federal government ensure consumers have choice in how they repair their vehicles. However, as vehicle technology continues to evolve, ensuring consumers’ right to repair may be complicated by the intersection of other important interests, such as cybersecurity and the impact of copyright protection and exemptions,” the Illinois Democrat said in a letter to Comptroller General Gene Dodaro.

Under the 2014 memorandum of understanding (MOU) between American OEMs and the aftermarket, “which many believe has been successful,” the OEMs agreed to provide independent shops and vehicles owners with the same diagnostic and repair information available to dealers, Schakowsky said.

That memorandum, however, predated the use of telematics to transmit vehicle data to manufacturers, Schakowsky said. “The data transmitted to manufacturers includes those used for diagnostic and repair purposes—potentially undermining the industry’s self-regulation of right to repair via the 2014 memorandum,” she said.

According to McKinsey & Company research cited by the Auto Care Association, half of vehicles had such connectivity in 2021, and that number is expected to reach 95% by 2030.

The National Highway Traffic Safety Administration (NHTSA) “recognizes that vehicle innovations like telematics raise cybersecurity risks that can have safety implications,” Schakowsky said, “but has also indicated that cybersecurity protections should not unduly restrict access by independent repair shops.”

Schakowsky asked the GAO to consider a number of specific issues, including “What is known about the impact and effectiveness of the auto industry’s self-regulation, particularly to what extent it has ensured consumers’ right to repair, demonstrated transparency to vehicle owners about their right to independent repair and access to their vehicle’s data, and how the industry’s self-regulation regime has adapted to and kept pace with advances in technology.”

The Alliance for Automotive Innovation (AAI), which signed the memorandum on behalf of the OEMs, told RDN that it welcomes the study.

“Right now, most post-warranty work (70 percent) is done by the independent aftermarket. In fact, the FTC has cited the automotive industry as a positive example of the market working well,” the Alliance said.

Telematics data is, in fact, mentioned in the “R2R Agreement” attached to the MOU. Section (2)(e) of that agreement stipulates that it applies to “telematics diagnostic and repair information that is provided to dealers, necessary to diagnose and repair a customer’s vehicle, and not otherwise available to an independent repair facility” with the tools described in the agreement.

Under Section 2 of the amended Massachusetts law, any OEM that sells a vehicle in the state that utilizes a telematics system “shall be required to equip such vehicles with an inter-operable, standardized and open access platform across all of the manufacturer’s makes and models.” The legislation became effective with the 2022 model year.

The legislation, which amends the state’s existing right-to-repair law, has not been enforced, pending the AAI’s legal challenge, which asks U.S. District Court Judge Douglas Woodlock to permanently enjoin enforcement.

A decision in the suit is expected by Friday.

Featured image: The GAO’s headquarters in Washington, D.C. (Provided by the GAO)

Tagged with: GAO Massachusetts memorandum of understanding right to repair