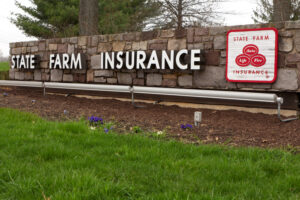 State Farm has paid $650,000 to settle a lawsuit accusing it of acting in bad faith against two of its own customers by refusing to pay an arbitrated award, according to an attorney for the plaintiffs.

The plaintiffs, Charles and Bernadette Cook, were badly injured in a crash on June 15, 2015, when their car struck a vehicle that was stopped sideways in their traffic lane. The driver of that vehicle was uninsured, but the Cooks had coverage through State Farm against uninsured motorists, and filed a claim.

In their complaint, the Cooks said they made several efforts to settle their claim, which State Farm responded to by demanding that the claims proceed to arbitration before a three-judge panel. The insurer and its clients each selected an arbitrator to represent them, and agreed on the third, neutral arbitrator.

“That should have been the end of the story, but it was not,” the plaintiffs’ attorney, G. Grant Dixon III of Dixon Law Office in LaGrange, Illinois, told Repairer Driven News.

Instead, State Farm refused to pay, citing an obscure Illinois statute that it said allowed it to refuse to pay awards of more than $75,000 – even though the awards were within the limits of the Cooks’ policy. The carrier sued its insured, Bernadette Cook, and asked that a judge set aside her arbitration award.

According to Dixon, the law, 215 ILCS 5/143a, states that when an arbitrated award exceeds $75,000, the insurer can “reject the award and file a lawsuit … it’s a statute that gives insurance companies, after arbitration, a free do-over” if they don’t like the result.

“I’ve been practicing law for 31 years, and this is the first time I’ve ever seen” the statute cited, he said.

Rejecting the award and invoking the state law, Dixon said, indicates that State Farm does not trust arbitration, a process it routinely uses to settle its insureds’ claims. If that’s the case, he said, “why force thousands of people to go through the arbitration system?”

On Nov. 6, 2020, the Cooks filed suit against State Farm in Cook County Circuit Court, alleging that the carrier was negligent in one or more of the following ways:

a. Failed to settle a claim within the policy limits when it had the opportunity to do so;

b. Failed to negotiate in good faith with plaintiffs when it had a reasonable opportunity to settle the claims of the plaintiffs within the policy limits;

c. Failed to initiate settlement negotiations when it knew or should have known that the likelihood of an adverse finding was great;

d. Failed to make an offer to settle to both plaintiffs after the arbitration award;

e. Failed to even attempt to settle with the plaintiffs after the unanimous award of the three-judge panel.

“As a proximate result of one or more of the actions or omissions, plaintiffs … were forced to litigate their case for more than three years incurring hours of lost time, attorney’s fees, cost, and other expenses,” the complaint states.

The complaint also alleges that, during the arbitration process, State Farm’s lawyer brought up personal information about one of the plaintiffs that the carrier had been barred from presenting as evidence. The suit referred to that behavior as “willful and wanton conduct.”

“The Cooks felt that what State Farm did both during the arbitration and afterwards was wrong,” he said. “Our office filed suit against State Farm arguing their conduct was bad faith.”

Instead of defending against the Cooks’ suit, State Farm agreed to settle for $650,000, and to drop its suit against Bernadette Cook. In the agreement, the carrier stipulated that the settlement was not an admission of wrongdoing.

Dixon said the settlement, which incorporates the initial claims, is believed to be the largest reported for a bad faith claim against State Farm in Illinois. The dollar amount “speaks volumes as to the conduct here,” Dixon said.

Bernadette Cook, speaking through Dixon’s office, said, “It was bad enough that we were both seriously injured in the crash but the way our own insurance company treated us, it just made it so much worse.”

Asked to comment on the suit, State Farm replied, “State Farm has nothing to share with Repairer Driven News.”