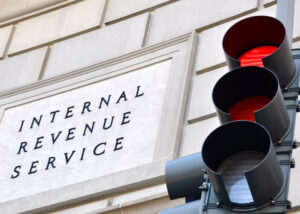 The husband-and-wife owners of a Maryland collision repair shop have been sentenced to a year in prison for conspiring to commit tax fraud, the Internal Revenue Service (IRS) has announced.

Ercin and Lizette Kalender, both of Alexandria, Virginia, were sentenced on July 5 to one year and one day in federal prison, followed by three years of supervised release, and ordered to pay restitution of $2,219,602.

The Kalendars, who operated Butch’s in Capitol Hill, Maryland, had pleaded guilty in February. They were sentenced by U.S. District Judge Paula Xinis.

“Ercin and Lizette Kalender committed tax fraud for many years by purposely hiding their company’s true income to avoid paying their fair share, and then brazenly shared their criminal activity with potential buyers when trying to sell their business,” IRS special agent in charge Darrell Waldon said in a statement. “Our IRS-CI special agents will continue to seek out those who illegally benefit from unreported income and create unfair business advantages for themselves in the community.”

In their plea, the Kalenders admitted keeping two sets of financial records for Butch’s, conspiring to hide more than $6.6 million in income from the IRS, federal prosecutors said.

The conspiracy was revealed to an undercover federal agent who was posing as a potential buyer of the shop.

The conspiracy involved cashing more than $6.6 million in checks that were not reported on Butch’s tax returns. The corresponding tax loss to the IRS for the four years was $2,219,602, which the Kalenders have been ordered to pay as restitution.

According to their plea agreements, the Kalenders sought to sell Butch’s in August 2018. During conversations with an undercover federal agent who was posing as a potential buyer, they revealed their practices of underreporting revenues and income from the shop.

He said that while Butch’s filed tax returns showed $2.2 million in gross receipts, the actual gross receipts were closer to $3.1, $4.2, and $3.9 million for the fiscal years for 2015, 2016, and 2017; respectively. He also stated that his father had done this for years before he had taken over Butch’s operations, the IRS said.

After the Kalenders became aware of the IRS’s investigation in 2019, Butch’s reported gross receipts of more than $4.5 million, an increase of more than $2.2 million over fiscal 2018.

The Kalenders also admitted to paying employees’ wages in cash, and falsely reporting their wages on Forms 941 filed with the IRS. Ercin Kalender told the undercover agent that he gave all but one of his employees extra compensation in cash to avoid tax obligations.