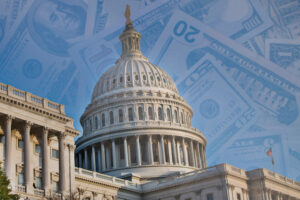 Nearly 200 organizations have voiced their opposition to raising taxes on Main Street and small businesses in a letter to U.S. Congress.

The Associated Press reports that “under the latest proposal, people earning more than $400,000 a year and couples making more than $500,000 would have to pay a 3.8% tax on their earnings from tax-advantaged businesses called pass throughs. Until now, many of them have been using a loophole to avoid paying that levy.”

And Congress’ plan is to use the estimated $203 billion over a decade to delay until 2031 a shortfall in the Medicare trust fund that pays for hospital care, according to the AP.

The 192 organizations that signed the July 11 letter to Congress believe that “In the face of a possible recession, 40-year high inflation, unprecedented supply-chain challenges, and chronic labor shortages, raising taxes on small, individually, and family-owned businesses is the wrong approach and should be rejected.”

In a June 23 post on its website, S Corporation Association — one of the organizations that signed the letter to Congress — states, “The bottom line is the NIIT [Net Investment Income Tax] expansion is nothing more than a 3.8 percentage point rate hike on pass-through businesses. If you’re worried about raising rates on employers at the same time the odds of a recession are rising, then you’ll want to avoid this tax hike.”

The letter says that recent media reports say the two proposed tax increases “would fall entirely on small, individually, and family-owned, closely-held businesses: 1) expanding the 3.8 percent Net Investment Income Tax (NIIT) to individuals and families who actively participate in their business, and 2) limiting the ability of small, individually, and family-owned businesses to fully deduct their losses during an economic downturn by expanding and extending the so-called ‘excess business loss limitation’ for ‘noncorporate taxpayers.'”

And the combination would increase revenues by more than $400 billion over 10 years, according to the letter.

“While expanding the NIIT is sometimes characterized as closing a tax loophole and that it would increase Medicare funding, neither of these claims are true,” the letter says. “When the NIIT was created as part of the Affordable Care Act, it was meant to apply to investment income only. The business income of small, individually, and family-owned firms where the owners ran the business was specifically exempted. This exemption was intentional and in no way constitutes a loophole.”

Brian Reardon, president of S Corporation Association, told Repairer Driven News the association is “adamantly opposed to this or any tax hike on employers right now.”

“Expanding the NIIT is not a loophole closer and it doesn’t fund Medicare,” he said. “It would be a 3.8-percentage point rate increase on hundreds of thousands of small business owners.  That’s a bad idea at any time, but particularly now when the economy is showing signs of recession.”

The Society of Collision Repair Specialists (SCRS) also signed the letter. Executive Director Aaron Schulenburg told RDN that SCRS recognizes the implication the proposal would have on small businesses, which is the core membership of the association.

“It’s important for SCRS to be involved in coalitions of other organizations that are actively seeking to protect those businesses’ ability to remain sustainable,” he said.

Majority Leader Chuck Schumer (D-N.Y.) and Sen. Joe Manchin (D-W.Va.) have been “bargaining privately for weeks” on a package that aides told the AP could include around $500 billion in spending and tax credits, more than paid for with about $1 trillion in revenue and other savings.

Calling it “ill-advised tax policy,” the letter from the organizations to Congress says it’s being considered “at a moment when the economy is no longer growing.”

“First quarter gross domestic product (GDP) fell by 1.6 percent and many economists and forecasters predict that the second quarter GDP will also be negative. Meanwhile, the small business sector may already be in recession, as those businesses have lost employment in three out of the last four months.”