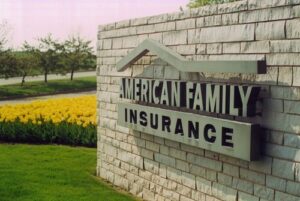 American Family Insurance will use Tractable’s photo-based artificial intelligence (AI) as part of its claims settlement process, Tractable has announced.

American Family will be applying Tractable’s AI Subro solution to its current inbound subrogation operations, reviewing requests made by one insurance carrier to another.

Ranked the 9th largest auto insurer in the US by Forbes Advisor, with 2.7% of the market, American Family is “one of the earliest top ten private passenger auto carriers in the U.S. to apply Tractable’s AI to claims,” Tractable said.

Alex Dalyac, co-founder and CEO of Tractable, said in a statement: “It’s an important milestone for us to partner with American Family, a Fortune 500 company regarded for its leadership in uncovering innovative and creative solutions for the industry. Working together, we combine the trust American Family has built as a leading P&C carrier with Tractable’s industry-leading AI, to demonstrate the real-time, commercial impact AI is having in insurance and beyond.”

The AI will help provide “a consistent, accurate, and fast repair, which benefits everybody,” Julie Kheyfets, Tractable vice president and general manager, North America, told Repairer Driven News. “It benefits the repairer, it benefits the consumer, and it benefits the carrier” by removing the “back-and-forth” involved in the claims process, she said. 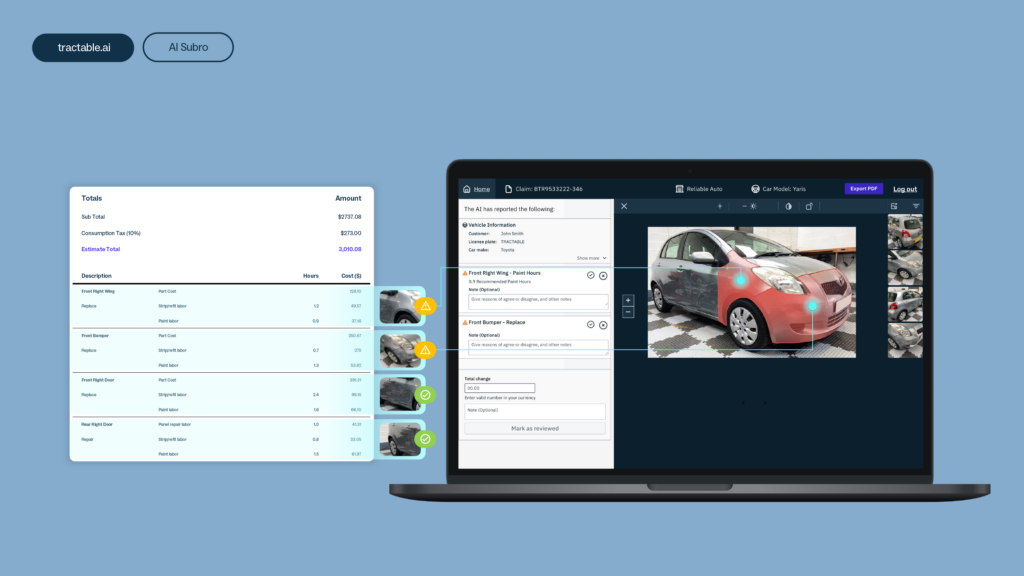 Kheyfets explained that, in general, Tractable’s AI “takes into account a broad set of inputs, both visual and non-visual.” These include photos, videos, and data showing a vehicle’s point of impact, for instance.

“It looks at questions like, ‘What is their damaged vehicle? Where is the damage? How severe is the damage?’ And then, ‘How should that damage be repaired?'” Like a human appraiser, the AI can recommend a repair plan, which carriers can choose to use in different ways.

Some carriers simply implement the AI’s recommendations, Kheyfets said, while others, “especially when they’re starting out, choose to have their appraisers take a look into the AI to decide whether to agree or disagree.” She said she could not go into detail about American Family’s approach, but said the carrier is “making really smart decisions in terms of only getting the best out of the AI and making sure that it’s calibrated to their standards …above, potentially, the level of their human appraisers.” 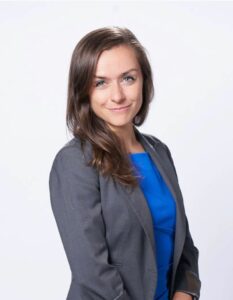 Kheyfets acknowledged that there is a good deal of skepticism surrounding the use of AI in the appraisal process, particularly among repairers, and said she welcomes that skepticism.

“AI for some time in auto, and more broadly, has been, you know, almost a marketing asset. There’s so much smoke and mirrors – people will take a spreadsheet and say, ‘Oh, I can solve all the world’s problems.’ So I really appreciate the skepticism that folks carry when it comes to the automation, and AI in particular,” she said.

“In terms of what it can do and what it can’t do, certainly, AI cannot take apart a vehicle,” Kheyfets said. “It can see what it’s shown, in the way that a human estimator can make certain decisions off the photos. In some cases, it can go farther than that …because it learns to predict things that are on the inside of the vehicle and potentially not visible on the outside. But at that point, kind of the deeper you go and the farther away from the visible damage on the outside, the more it’s a prediction that really needs to be verified by a human.”

The feedback is not “blindly” fed into the AI, but investigated first, she said.

“I’m sure everyone has dealt with a difficult adjuster, who’s just sometimes, you know, maybe pushing in a direction that somebody doesn’t agree with,” Kheyfets said. “We are live on an ongoing basis monitoring where users are disagreeing, and then actually investigating that with the users – so, really sitting with people using the AI and understanding why they’re disagreeing.”

With total loss frequency across all vehicle ages rising steadily over the past several years, Kheyfets said Tractable’s AI has the potential to eliminate some of the “false positives” that result from the total loss prediction models that some insurers have developed in-house.

“For these carriers, the number of total losses they have identified has gone up. So the great news really for everybody is that total is identified long before it gets to a shop. It’s not taking up a shop’s time, and the customer can get a replacement vehicle and get on the road faster.

“On the flip side, even though they’re identifying more total losses, they also have more false positives. So, unfortunately, they’re categorizing more repairables as totals incorrectly, just because they’re trying to catch as many as they can. And that’s a place where we’ve seen the AI actually come in and say, ‘Hey, you think this is a total but actually, this could be repairable, let’s take a look at the actual damage.'”

Can, or should, AI ultimately replace humans in the appraisal process? Kheyfets said it’s a question she hears often and offered RDN her personal opinion.

“The value of that is not that you have fewer humans doing the job, it’s that all the human pieces are actually more consistent, and you have a lot less back and forth between the carrier and the shop on what exactly the right estimate is because that estimate can be calibrated jointly by the shop and by the carrier and to a standard that’s actually maintained by the AI.”

“Similarly, I think there’s tremendous value in [automating] nitty-gritty tasks like filling out manual estimates. You could redirect that to much better customer experiences. You can really support customers in their times of need. And to me, that is a lot more impactful than just using AI to drive down staff costs.”

In a statement, Chris Conti, chief claims officer at American Family, offered a similar view. “We use technology to create efficiencies that result in our team members having more time and emotional bandwidth to be there for our customers like never before. Consolidating subrogation efforts is an important step toward reallocating our focus to creating better customer experiences,” Conti said.

For now, American Family’s agreement with Tractable calls only for the implementation of AI Subro. But the carrier is “extremely innovative, and they’re certainly looking beyond subrogation,” Kheyfets said.

“We’re kicking off a broad partnership with American Family, really looking across their claims operations at where artificial intelligence can have a real impact,” she said. “Subrogation is very much step one …but there’s definitely a broader review going on in American Family.”

In a statement to RDN, said Gwen Olson, enterprise claims strategy associate vice president for the carrier, said, “American Family is committed to providing our customers with the best possible, personalized loss support. We are an innovative company and continuously improving technology to enable equitable, customer-driven solutions.”

Root Insurance to use Tractable AI in claims operations

GEICO to use Tractable AI Review to double-check estimates

An example of an AI Subro operation is shown. (Provided by Tractable)