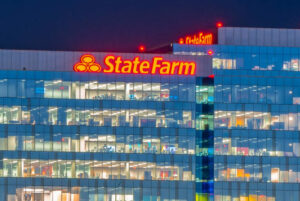 Personal auto insurance continues to move toward a “more concentrated” market, with the 10 largest carriers controlling 76% of the market at the end of 2021, Fitch Ratings said in its recently released “U.S. Personal Lines Market Update.”

State Farm, the largest auto insurer in the US, saw no growth in its premiums, paring its share of the market to 16.4% based on net written premiums. However, both GEICO and Progressive “expanded revenues faster than the overall market,” climbing to shares of 14.7% and 14.1%, respectively.

Given premium growth rates over the past three to five years, Fitch predicts that both GEICO and Progressive will pass State Farm in market share in 2023. “A larger question is which of these two companies will be the longer term market leader as [Progressive] recently reported faster auto growth,” the report, based on data from S&P Global Market Intelligence, said. 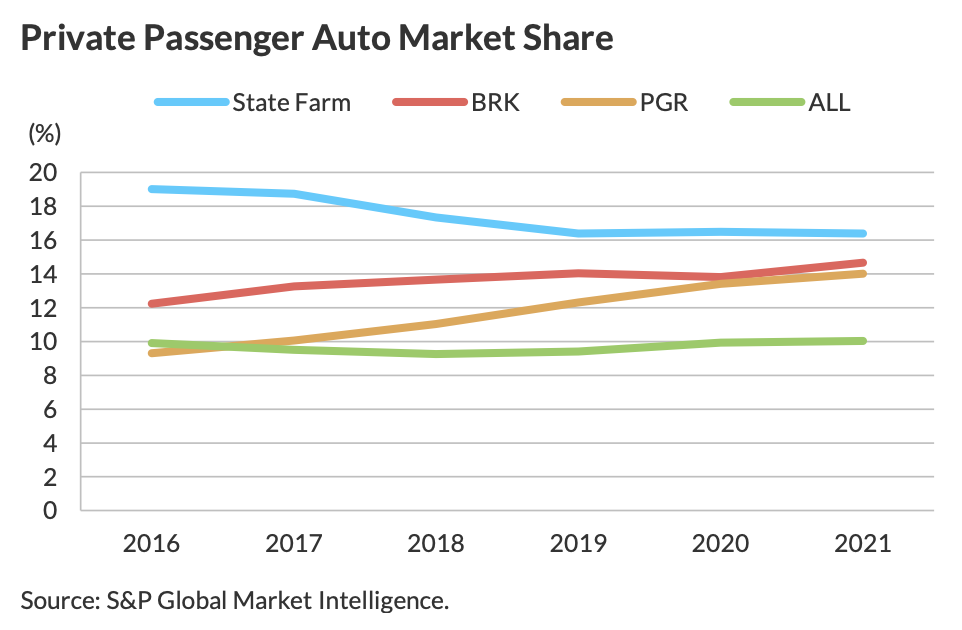 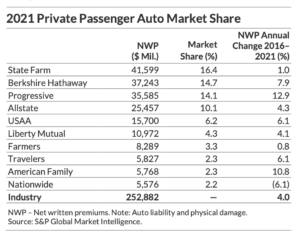 The report offered no analysis of the carriers’ changes in market share.

During an annual shareholders meeting in May, Ajit Jain, vice chairman of insurance operations for Berkshire Hathaway, GEICO’s parent company, noted that Progressive is far ahead of GEICO in using telematics.

“There’s no question that recently Progressive has done a much better job than GEICO … both in terms of margins and in terms of growth,” Jain said, according to an Investopedia article. “There are a number of causes for that, but I think the biggest culprit is as far as GEICO is concerned …is telematics.”

Forbes reports that Jain “expects to catch up with Progressive in a year or two.” And the Insurance Journal quoted Jain as saying, “Progressive has been on the telematics bandwagon for, I don’t know, more than 10 years, 20 years. GEICO until recently wasn’t involved in telematics. It’s been only the last two years that we made a very serious effort in terms of using telematics for segmentation and trying to match rate and risk.”

In the pandemic year of 2020, stay-at-home orders significantly reduced the number of miles driven, leading to a CR of 92.5% for auto insurers, “the best result in at least 25 years,” the report said.

Since then, there has been a material escalation in claims severity from higher inflation and supply chain shortages, “particularly in physical damage coverage.”

“While 2021 results were anticipated to deteriorate as driving activity and claims frequency recovered toward historical norms from unusual pandemic-related experience, the segment CR increased more sharply by 9 points to over 101% for the year,” the report said. 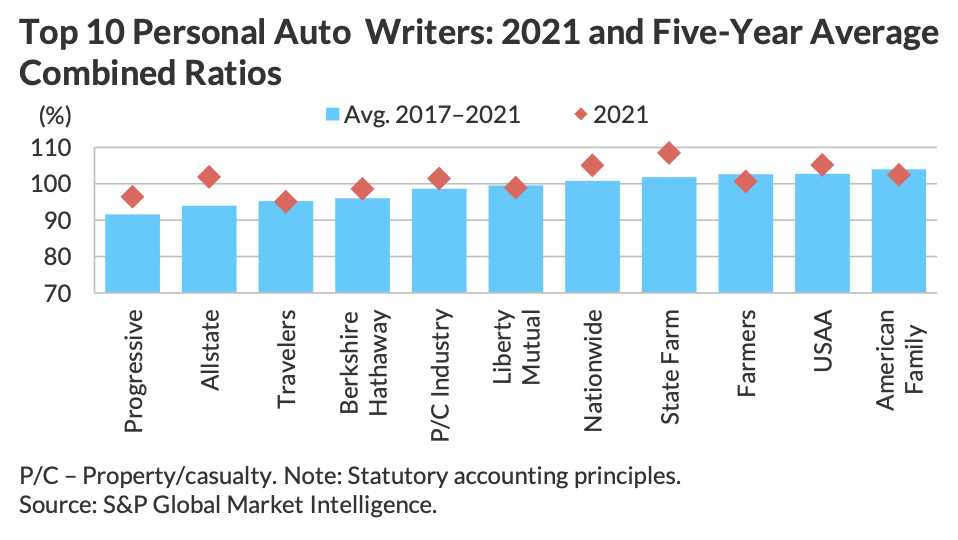 According to Fitch, Progressive, GEICO, Liberty Mutual, and Travelers were the only auto insurers in the top 10 to post combined ratios lower than 100 last year.

Although carriers have moved to adjust pricing and underwriting, “improvement may be slow to materialize,” Fitch said. “Direct statutory loss ratios remain escalated in auto liability, but auto physical damage direct loss ratios were at a 20-year high of approximately 77% through the latest three quarters ending 1Q22.”

“Rates will need to move further in the near term to match loss-cost trends that are likely to remain above historical norms. Regulatory and political factors in several key states, including California, may inhibit a swifter return to pricing adequacy,” the report said. 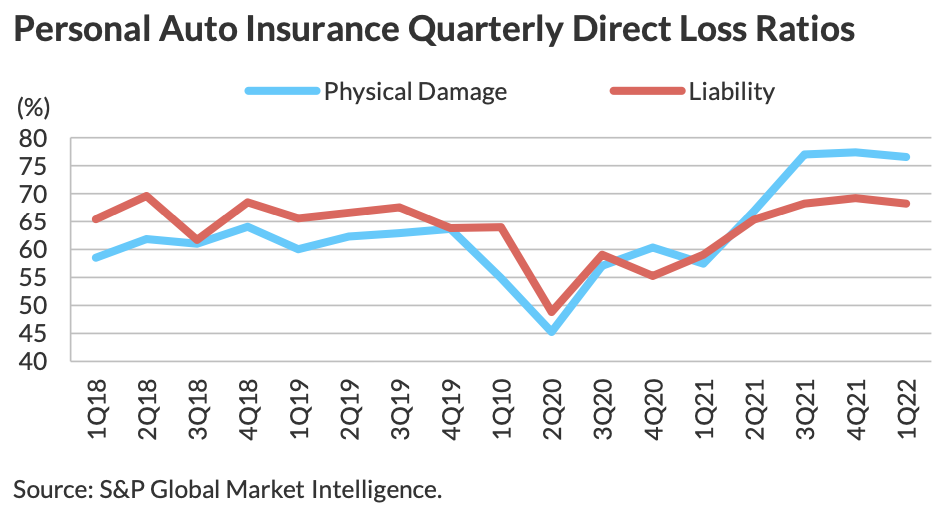 Trend toward IT, analytics

Advanced IT and analytics represent a way for carriers to boost operating efficiencies, enhance customer experience, and improve risk assessment and pricing, the study said.

“The pandemic promoted greater virtual interaction between policyholders and insurers. Investments in technology provide ongoing opportunities for auto writers to gain operating efficiencies and improve underwriting and claims decision-making abilities,” the study said. “Information and scale advantages provide the largest auto insurers with the best chance to leverage these investments into growth and operating success.”

It also said that policyholders “gained comfort” with virtual interaction with carriers during the pandemic, although analysts, such as LexisNexis, have pointed out that consumers are frustrated by systems that do not meet their expectations.