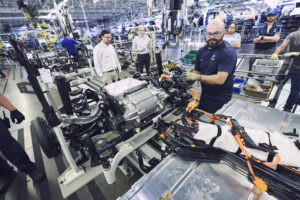 Volkswagen of America on Tuesday began its first day of production at its new plant in Chattanooga, Tennessee with the all-electric ID.4 compact SUV, which is the OEM’s first electric vehicle (EV) to be assembled in the U.S.

The ID.4 is Volkswagen’s most popular all-electric model, with 190,000 delivered to customers globally since its launch in 2021, according to a news release from the automaker. The goal is to ramp up to 7,000 ID.4s per month by later this year and “to further increase output through 2023.” Delivery of the ID.4s are slated for October. They’ll be available initially in either rear-wheel or all-wheel-drive with 82kWh batteries. A rear-wheel-drive version with a 62kWh battery is expected to go into production later in 2022 with a lower MSRP. 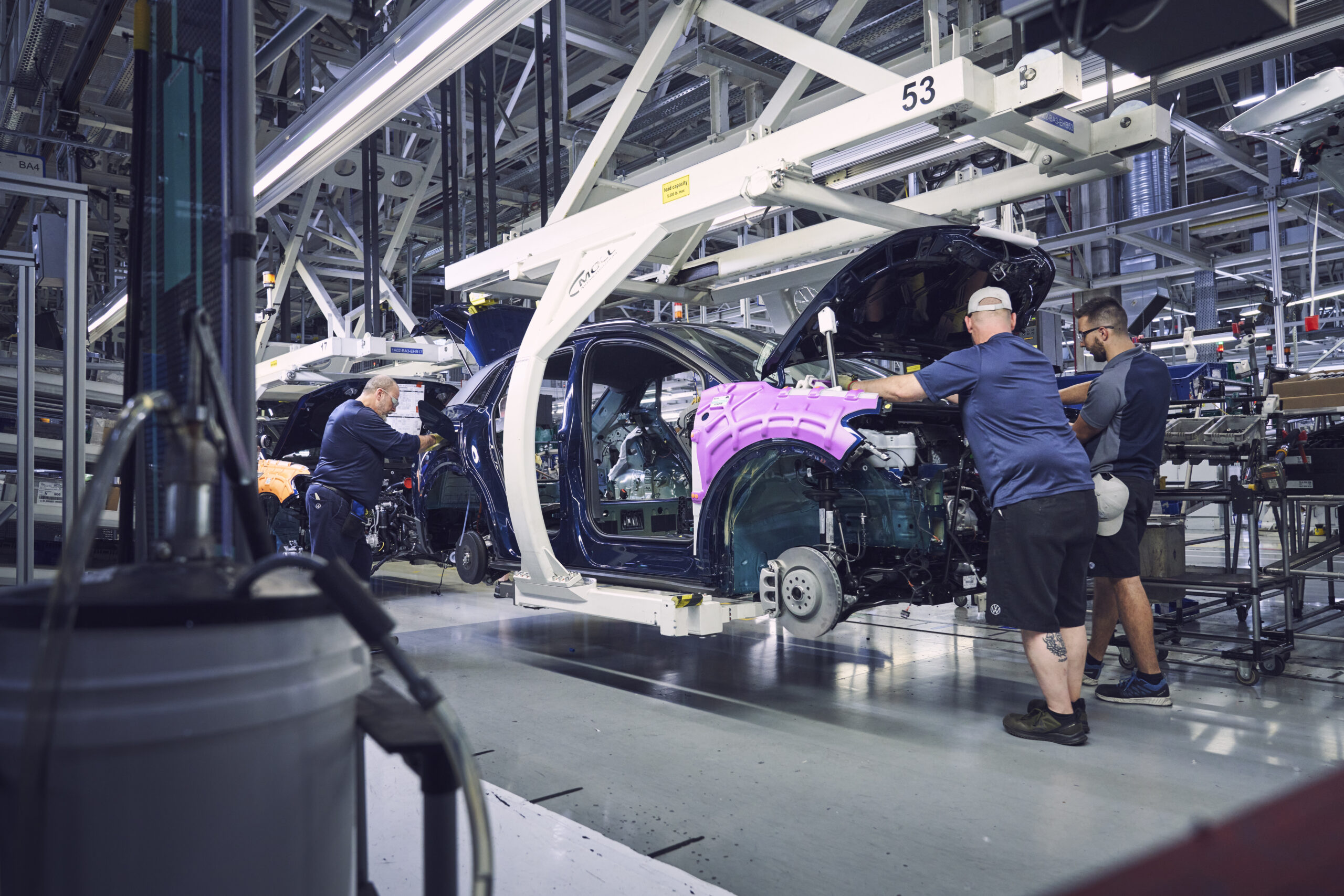 “We’re just starting to write a new chapter for Volkswagen in America, and it is very much an American story,” said Thomas Schäfer, Chairman of the global Volkswagen brand, in a statement. “When we promised to bring Volkswagen EVs to the millions, it always included American workers building those EVs right there in Chattanooga. We couldn’t be prouder to see that vision realized today with our ID.4 electric flagship rolling off the lines. This is another milestone in Volkswagen’s ambitious electrification strategy for the U.S. market and globally.”

Volkswagen invested $800 million in the electrification of its Chattanooga factory, which includes dedicated facilities for vehicle and battery pack assembly. The factory is the sixth global site to produce vehicles for Volkswagen’s electric line-up. To prepare for the EV transition, more than 75,000 hours of workforce training on battery-powered vehicle and high-voltage systems has been organized.

The American-assembled ID.4, Volkswagen’s electric SUV flagship, will be mainly sourced in the U.S., Canada, and Mexico with materials and components assembled in 11 U.S. states from steel in Alabama and Ohio to interior parts in Indiana and South Carolina and electronics components in Kentucky and North Carolina. The EV battery will be supplied by SK Innovation out of Georgia. 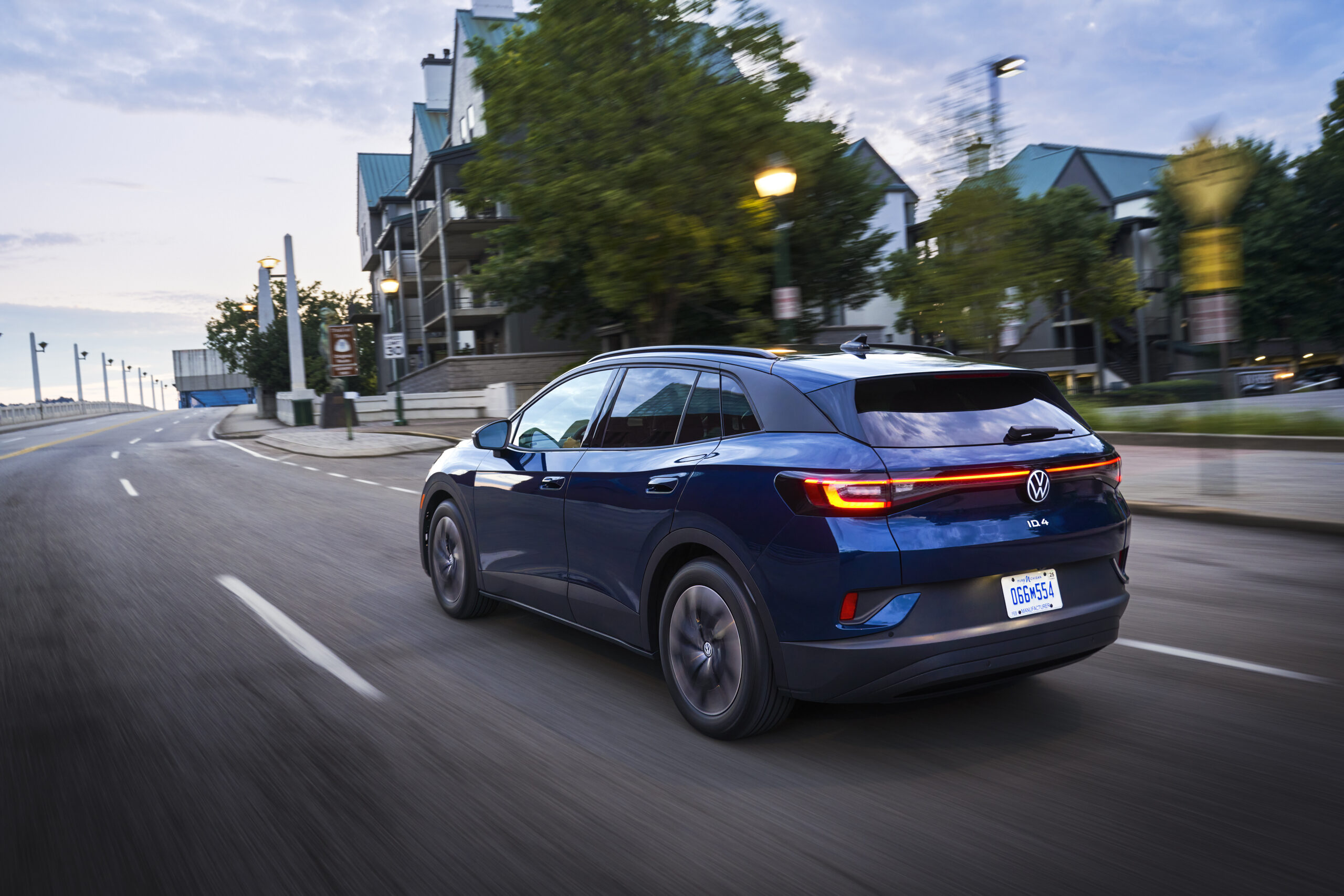 As part of the preparation to launch the ID.4, suppliers have invested $2.7 billion throughout the North American continent, including the battery partnership with SK Innovation. More than 3,000 U.S. jobs on the supplier side have been created as a result, according to VW.

“There has been a tremendous effort by thousands of VW Chattanooga employees to bring this vision to life,” Chris Glover, President and CEO, Volkswagen Chattanooga Operations, said in a statement. “I’d like to thank all our highly motivated team members and the extended community of Chattanooga for supporting us as we begin assembly of the ID.4 for the North American market.”

Volkswagen Chattanooga employs more than 4,000 workers and will hire more than 1,000 new production team members throughout 2022 “to help meet high customer demand for the ID.4 and Atlas SUV family.”

Volkswagen has committed $7.1 billion over the next five years in North America “to boost its product portfolio, regional R&D and manufacturing capabilities.” VW plans to advance its electric lineup through 2030 with the goal of 55% of its U.S. sales being fully electric by that time. Vehicles planned to hit that goal, in addition to the ID.4, include a fastback sedan and the ID.Buzz electric microbus in 2024 and new electric SUVs in 2026.