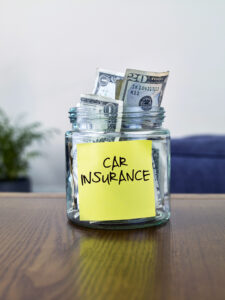 Allstate has been carrying out its pledge to investors to aggressively pursue rate increases to bring its auto insurance business back to profitability, yet continues to see huge losses, similar to those felt by Progressive and GEICO.

“Allstate has a long history of successfully navigating challenging environments, and we are confident in our ability to restore profitability to target levels while continuing to innovate and transform our company,” said Tom Wilson, Allstate chair, president, and CEO, in a statement. “The impact of rising claim repair costs and upward prior year loss reserve development led to a recorded combined ratio of 107.9 in the second quarter. The underwriting loss combined with equity valuation declines and losses on fixed income sales resulted in a net loss of $1.04 billion and an adjusted net loss of $209 million in the quarter.”

“We returned $919 million to common shareholders through a combination of $683 million in share repurchases and $236 million in common shareholder dividends,” he said. “Shares outstanding have been reduced by 8.7% over the last twelve months and $1.8 billion remains on the current $5 billion share repurchase authorization, which is expected to be completed early next year,” concluded Rizzo.

Total revenues for the quarter were $11.51 billion with losses and loss adjustment expenses totaling $9.42 billion. For the first half of the year, ending June 30, the carrier lost $1.16 billion in all line premiums received. Year-to-date June 30, personal auto products incurred nearly $45 million of unfavorable loss and loss adjustment expense (LAE) reserve development, according to Progressive’s 10-Q filed with the SEC.

According to S&P Global Market Intelligence, Progressive subsidiaries hiked rates 24 times across six states in July, “which could bolster the group’s aggregate premiums by $671.7 million.”

Progressive saw a decrease during Q2 in personal auto policies, which the carrier said “reflects the significant decrease experienced in new personal auto applications during the first half of 2022, compared to the same period last year, reflecting the personal auto rate increases taken since the first quarter of 2021 and decreased advertising spend, on a year-over-year basis, during the last 12 months.”

According to Fortune and CFRA Reserach analyst Cathy Seifert, privately-owned GEICO reported an underwriting loss of $487 million for Q2 “even as the conglomerate’s other insurance lines gained alongside the division’s investment income.”

Owner, Berkshire Hathaway, said losses at GEICO “were the result of higher claim severity due to rising used-car prices and auto parts shortages,” according to Fortune.

“The company said policies-in-force declined even as it increased premiums, a potential sign that the business is losing market share as customers hunt for better rates elsewhere,” the article states.

S&P reports that GEICO “continued to increase private auto rates, securing 14 rate hike approvals in May,” which could grow the carrier’s cumulative premium by $147.9 million.

Berkshire reported a net loss of $43.8 billion due to a $53 billion loss in the company’s investment portfolio, according to Fortune.

State Farm implemented 17 rate hikes in May, which could raise total premiums across the group by $380.7 million, according to S&P. The carrier doesn’t share quarterly financial reports since it’s not publicly traded.