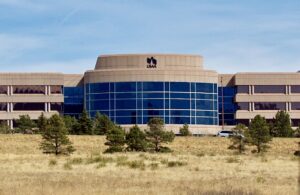 A settlement has been reached in a Mississippi class action suit accusing USAA of failing to pay the full actual cash value (ACV) of totaled vehicles, just days after a judge rejected the carrier’s motion to dismiss the suit.

U.S. District Judge Sharion Aycock dismissed the case, Thompson v. USAA, on Aug. 12, after the court was advised that the action “was settled or is in the process of being settled.”

The judge ordered that the lawsuit be dismissed “without prejudice” with the court retaining “complete jurisdiction to vacate this order and reopen the action upon cause shown that the settlement has not been completed and further litigation is necessary.”

The terms of the settlement are confidential, an attorney for the plaintiffs told Repairer Driven News.

Aycock had denied USAA’s motion for summary judgment on July 27 and indicated that questions raised by the carrier should be settled in court. Although she found that some of the policy language on which the plaintiffs’ claims were based was ambiguous, she noted that case law favors the plaintiffs in such cases.

At issue in the case was the question of whether USAA was required to pay the ACV in total loss claims, as the plaintiffs contended, or merely the “loss” with the ACV representing the ceiling on payments, as USAA claimed.

In an amended class action complaint filed Oct. 6, 2020, plaintiff Bronson Thompson alleged that USAA had breached its contract by failing to pay him the full ACV for his 2014 GMC Sierra 1500 Crew Cab after it was totaled in a crash on Dec. 19, 2017.

“Thompson argues that such fees should have been included in the payment. The Defendant, on the other hand, contends that the fees should not be included and that it paid the appropriate amount,” Aycock summarized.

Thompson was seeking to represent a class that would include all insureds covered by a Mississippi policy issued by USAA whose total loss payment did not include license fees and/or dealer fees. A ruling on class status had not been made before the settlement was reached.

In its summary judgment motion, USAA argued that “the term ACV is not included in the insuring agreement itself,” and that it is only obligated “to pay the amount of ‘loss,’” the judge wrote. USAA claimed that ACV represented only a “ceiling” on its payment, not the amount it was required to pay.

The carrier included excerpts from its Insuring Agreement with Thompson:

B. Collision Coverage. We will pay for loss caused by collision to your covered auto, including its equipment, and personal property contained in your covered auto, minus any applicable deductible shown on the Declarations (emphasis in original).

The “Limit of Liability” provision reads in pertinent part as follows:

A. Total loss to your covered auto. Our limit of liability under Comprehensive Coverage and Collision Coverage is the actual cash value of the vehicle, inclusive of any custom equipment (emphasis in original).

2. We will declare your covered auto to be a total loss if, in our judgment, the cost to repair it would be greater than its actual cash value minus its salvage title after the loss (emphasis in original).

“As such, Defendant asserts that it is not required to pay the fees and taxes the Plaintiff seeks as such payments are not included in ‘loss.’ Such is a question of policy interpretation,” which is “a question of law,” Aycock wrote.

“Ultimately, at least for purposes of this stage in the proceedings and the arguments presently before it, the Court finds the Policy to be ambiguous whether it requires the Defendant to pay the ACV or the amount of ‘loss.’ Consequently, the Defendant’s argument for dismissal on this point is not well taken,” the judge wrote.

Aycock was also unswayed by USAA’s argument that, even if it did owe Thompson the ACV he seeks, it should not be required to pay the additional taxes and fees.

That leaves ambiguity, Aycock wrote. “Seeing as there is such ambiguity in what is included in the cost ‘to buy a comparable vehicle,’ the Defendant’s failure to pay those fees could amount to a breach of contract. As such, the Court finds that the Plaintiff has sufficiently stated a claim for which relief could be granted. As a result, the Defendant’s Motion as to this point is DENIED.”

USAA further argued that taxes are costs incurred while using a vehicle, and are not part of the purchase of a vehicle and that the plaintiff might be excepted from paying ad velorum or highway usage taxes, making payment unnecessary.

The judge cited another case, Robinson v. Webster County, in which the court found that “the issue is not whether the plaintiff will ultimately prevail, but whether it is entitled to offer evidence to support its claims.”

“All these arguments are premature as these are questions that should be decided after discovery has been conducted,” Aycock wrote.