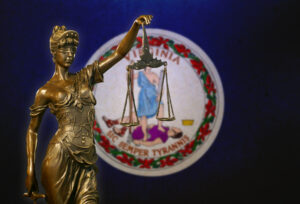 Electric vehicle (EV) legislation is once again on the move but not without tension over California emissions rules.

California typically leads the way on green policies — greenhouse gas (GHG) emissions being no exception. In March, the Environmental Protection Agency (EPA) reinstated a waiver to the state that allows the implementation of its own GHG emission standards and a zero-emission vehicle sales mandate for model years 2017-2025. States have the authority under the federal Clean Air Act to request a waiver of the preemption which prohibits states from enacting emission standards for new motor vehicles, according to the EPA. The Trump Administration had previously acted to prevent waiver approvals.

Now, Virginia legislators, who have been following California’s lead on emissions rules, are thinking about drawing back. Virginia is among 17 states that have adopted some or all of California’s tailpipe emission standards that are stricter than federal rules, according to the Associated Press.

The AP reports that Democrat-penned 2021 legislation is the basis for leading the state to follow in California’s footsteps but now the Republican-led House is leading the charge against it.

“House Republicans will advance legislation in 2023 to put Virginians back in charge of Virginia’s auto emission standards and its vehicle marketplace,” House Speaker Todd Gilbert said in a statement, according to the AP. “Virginia is not, and should not be, California.”

Last week, the California Air Resources Board (CARB) approved the Advanced Clean Cars II rule that “establishes a year-by-year roadmap so that by 2035 100% of new cars and light trucks sold in California will be zero-emission vehicles, including plug-in hybrid electric vehicles.” The rule will also apply to Virginia if the 2021 legislation remains in effect, according to state attorneys. The rule codifies the light-duty vehicle goals in Gov. Gavin Newsom’s Executive Order N-79-20, according to CARB.

It remains unclear when a vote could take place on which direction Virginia will go.