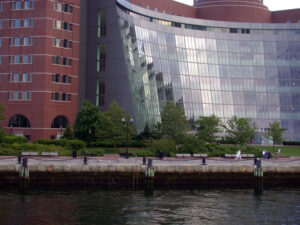 The federal judge in the Massachusetts “right to repair” vehicle data access lawsuit has given the parties an opportunity to present “further submissions” related to “two major outstanding issues” raised by the case.

Specifically, U.S. District Court Judge Douglas P. Woodlock told the parties last week those issues are the proper interpretation of the language of the legislation approved by voters in 2020, and what steps, if any, the parties have taken to implement the law’s requirements.

Woodlock made the request during a remote, closed-door hearing Thursday with the plaintiff, the Alliance for Automotive Innovation (AAI), and the defendants, the office of Massachusetts Attorney General Maura Healey.

“The further submissions are deemed necessary by the Court to provide a full development of the record especially with respect to the Court’s exercise of its equitable powers, whether in connection with a period of stay pending appeal or otherwise, in addressing Plaintiff’s claims,” according to the court reporter’s notes, made public Friday.

Woodlock scheduled the “in camera,” Latin for “in chambers,” hearing to consider claims of confidentiality in light of the evidence put forward by the parties. “The parties will be afforded an adequate opportunity to review the Memorandum in order to advise the court concerning potential confidentiality concerns,” the notes of the hearing say.

The parties have until 5 p.m. on Sept. 9 to file proposals for scheduling further submissions in the case.

AAI filed the suit, AAI v. Maura Healey, in November 2020, after Massachusetts voters approved the Massachusetts Data Access Law. Under Section 2 of the law, any OEM that sells a vehicle in the state that utilizes a telematics system “shall be required to equip such vehicles with an inter-operable, standardized and open access platform across all of the manufacturer’s makes and models.” The legislation became effective with the 2022 model year.

Woodlock has delayed issuing his opinion and finding of facts several times, most recently, because he needed to consider the implications of the Supreme Court’s June 30 ruling in West Virginia v. Environmental Protection Agency. The justices ruled that, in general, the EPA can’t make power plants switch to sustainable energy sources under the Clean Air Act but can still regulate greenhouse gas emissions.

The judge, who had told the parties to expect his decision by July 1, said he did not expect the delay to extend past an enforcement grace period granted by Healey. The AG has so far elected not to enforce the law but has reserved the right to do so after giving 14 days’ notification.

One issue in the case is whether disabling telematics on vehicles sold in Massachusetts, as Subaru and Kia have done, constitutes compliance with the law. Healey, defending the law, has argued that it does; AAI has countered that Subaru and Kia have merely “avoided” the law. “[T]urning off telematics simply does not create [the required] platform — let alone by model year 2022,” the Alliance wrote in a brief.

The case was tried last summer, with final arguments delivered on June 25, 2021. Woodlock had previously set a Nov. 2, 2021 deadline for issuing a decision but postponed that date to accept post-trial evidence after Healey’s office brought the actions by Subaru and Kia to light. He subsequently set deadlines of March 7, April 15, and July 1, citing further delays.

The back of the John J. Moakley Courthouse in Boston. (Velocitymarla/iStock)