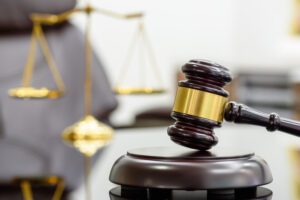 The owner of a Pennsylvania collision center has been accused of submitting more than $426,000 in falsified insurance claims between 2014 and 2022.

John Paul Reis, 56, owner of the Chalfont Collision Center in Chalfont, is facing charges of insurance fraud, deceptive business practices, forgery, and theft by deception, all third-degree felonies, according to the Bucks County District Attorney’s office.

The charges are the result of a four-year investigation by the Insurance Fraud Unit of the DA’s office, which began in September 2018 after a referral from Erie Insurance’s Special Investigations Unit. Erie alleged that Chalfont “was enhancing and or creating damage to customers’ vehicles to inflate insurance estimates,” the DA’s office said.

Investigators allege that Reis “would wipe a compound mixture onto the body of several vehicles and sometimes strike them with a hammer, making it appear as if the vehicles were involved in an accident, so he could bill insurance companies for more money.”

During the investigation, Bucks County detectives contacted other carriers. Liberty Mutual reported that it had identified 185 estimates that contained artificial or inflated damages incorporated into the estimates, for a total of more than $312,000. Nationwide Insurance and CSAA Insurance Group also reported what they believed were falsified claims, the DA’s office said.

“There is a tendency for some people to think of insurance fraud as a victimless crime,” Bucks County District Attorney Matt Weintraub said in a statement. “That is, until the financial losses from those fraudulent claims are passed onto us in the form of higher insurance rates. I commend our investigators and prosecutors in our Insurance Fraud Unit for holding Mr. Reis and his body shop criminally and financially accountable.”

Repairer Driven News reached out to Reis through Chalfont Collision on Tuesday, but did not receive a reply by deadline.