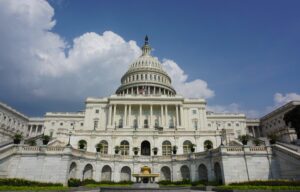 The S Corporation Association, along with 74 other trade associations and organizations, have voiced their opposition to the federal Establishing New Authorities for Business Laundering and Enabling Risks to Security (ENABLERS) Act because it “places a disproportionate burden on millions of law-abiding businesses in America” to collect and report information, report suspicious activities, and enforce anti-money laundering policies.

“Under the guise of combatting illicit activities, the ENABLERS Act would require a broad pool of covered businesses, foundations, and charities to collect and report beneficial ownership information, report any suspicious transactions, and establish and enforce anti-money laundering policies,” states a joint letter written by the S Corporation Association to Senate Majority Leaders Charles Schumer (D-N.Y.) and Mitch McConnell (R-KY).

“This legislation would dramatically expand the recently-enacted Corporate Transparency Act’s (CTA) reporting requirements, despite the fact that those requirements have yet to be put in place and are unlikely to result in any meaningful law enforcement successes.”

The purpose of the bill, according to its text, is to stop “kleptocrats” and “enablers” from laundering U.S. money.

“Kleptocrats and other corrupt actors across the world are increasingly relying on non-bank professional service providers, including non-bank professional service providers operating in the United States, to move, hide, and grow their ill-gotten gains. …In October 2021, the ‘’Pandora Papers,” the largest exposé of global financial data in history, revealed to a global audience how the United States plays host to a highly specialized group of ‘enablers’’ who help the world’s elite move, hide, and grow their money.”

The trade associations that are against the bill, including the Society of Collision Repair Specialists (SCRS) and the National Federation of Independent Business (NFIB),  argue that “the ENABLERS Act nor the Corporation Transparency Act are likely to improve our law enforcement efforts as, at their heart, they both rely on criminals to self-report their crimes. That is obviously unlikely. Instead, the ENABLERS Act places a disproportionate burden on millions of law-abiding businesses in America.”

The House passed the ENABLERS Act as a rider to the fiscal year 2023 National Defense Authorization Act (NDAA) in August, according to Reuters and Bloomberg.

Reuters reports that the first draft of the defense bill included a list of seven groups that the ENABLERS Act would apply to: “investment advisors; dealers in art, antiquities, and collectibles; lawyers ‘involved in financial activity on behalf of another person’; trust or company service providers; accountants; public relations firms that ‘provide another person with anonymity or deniability.’ and third-party payment providers.”

But Reuters also found that the final version approved by the House had several fundamental changes that anti-money laundering experts agreed are “convoluted” and removed investment advisors, art dealers, and PR firms.

All of the signers of the S Corporation’s letter find the act to be an issue of privacy. S Corporation elaborated on its website:

“The bill doesn’t just target professionals, but instead appears to touch every business or non-profit in America other than those who are already ‘appropriately regulated’ – whatever that means.”

According to the bill, it applies to:

That means, according to the S Corporation Association’s letter, “These covered individuals would be subject to audits conducted by the Treasury Department initially, while the Act requires Treasury to recommend additional enforcement tools after a year. By way of comparison, the related CTA imposes fines of up to $10,000, and jail time of up to two years for covered business owners and employees who fail to make the appropriate reports.”

The Financial Crimes Enforcement Network (FinCEN) is responsible for a new rule that steps up business-related reporting requirements similar to the ENABLERS Act and pursuant to the CTA. The final rule, published Friday and effective Jan. 1, 2024, requires “most corporations, limited liability companies, and other entities” to report to the agency “the beneficial owners of the entity, and individuals who have filed an application with specified governmental authorities to create the entity or register it to do business.”

“Illicit actors frequently use corporate structures such as shell and front companies to obfuscate their identities and launder their ill-gotten gains through the U.S. financial system,” FinCEN wrote. “Not only do such acts undermine U.S. national security, but they also threaten U.S. economic prosperity: shell and front companies can shield beneficial owners’ identities and allow criminals to illegally access and transact in the U.S. economy, while creating an uneven playing field for small U.S. businesses engaged in legitimate activity.

“Millions of small businesses are formed within the United States each year as corporations, limited liability companies, or other corporate structures. These businesses play an essential and legitimate economic role. Small businesses are a backbone of the U.S. economy, accounting for a large share of U.S. economic activity, and driving U.S. innovation and competitiveness. In addition, U.S. small businesses generate jobs, and in 2021 created jobs at the highest rate on record.”

The Senate won’t vote on any more bills, including the NDAA, until Nov. 14, after the midterm elections.