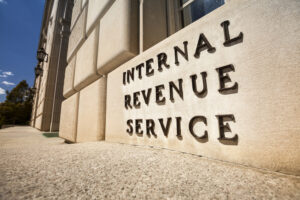 A New York woman whose businesses included five collision repair shops has been convicted by a federal jury of defrauding the Internal Revenue Service (IRS).

“Lorraine Pilitz set up a complicated scheme to hide hundreds of thousands of dollars from the IRS by grossly underreporting her income and having an ‘off-the-books’ payroll,” said Thomas M. Fattorusso, special agent in charge of IRS-Criminal Investigation New York. “As the investigative arm of the IRS, IRS Criminal Investigation is strategically positioned to track down all those who look to steal from the U.S. Treasury and the American public to line their own pockets.”

The verdict was delivered on Nov. 9, after a two-week trial before U.S. District Judge Joanna Seybert.

“For years the defendant thought she could get away with hiding substantial amounts of cash and income, impeding the Internal Revenue Service, and cheating her employees, but the jury saw through the lies and has held her responsible for her actions,” Breon Peace, United States Attorney for the Eastern District of New York, said in announcing the verdict. “Business owners who place greed above following the rule of law will face the consequences.”

She has been ordered to forfeit property at 295 East Montauk Highway in Lindenhurst, New York, as well as three bank accounts totaling nearly $60,000.

Pilitz’ attorney, Bruce Barket, told Newsday that she intends to appeal the verdict. Sentencing has not yet been scheduled.