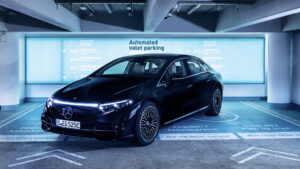 Mercedes-Benz and Bosch have announced that their highly automated parking system has been approved by German regulators for use in a parking garage at Stuttgart Airport. It’s the first time an SAE Level 4 parking function has been officially approved for commercial use with privately owned vehicles, the companies said.

The companies called the achievement an important milestone on the way to highly automated driving.

“Driverless parking is a key aspect of automated mobility,” Markus Heyn, a member of the Bosch board of management, said in a statement. “The highly automated parking system we developed together with our partner Mercedes-Benz shows just how far we’ve already progressed along this development path. It will be with driverless parking that everyday automated driving will start.”

The companies did not say if they were seeking approval for commercial use of the system in the U.S., or any other country. Mercedes-Benz did not respond to a request for more information by Repairer Driven News.

A look at the technology behind the service gives an indication of the challenges of making fully autonomous driving available to the public. The process relies on communication between the intelligent infrastructure installed in the airport’s P6 parking garage and the vehicle’s onboard technology, and for now, can be used only in that garage.

“Bosch sensors in the parking garage monitor the driving corridor and its surroundings and provide the information needed to guide the vehicle,” the companies said. “The technology in the vehicle converts the information it receives from the infrastructure into driving manoeuvres. This way, vehicles can even drive themselves up and down ramps to move between stories in the parking garage. If the infrastructure sensors detect an obstacle, the vehicle brakes and safely comes to a complete stop. Only once the route is clear does it continue on its way.”

Intelligent Park Pilot has been made available as part of “Mercedes me connect” service, Mercedes-Benz said. In order to use Mercedes me, users must obtain a personal ID and agree to the conditions of use. In addition, the vehicle used must be registered with the user account.

From the user’s perspective, the service promises to be simple to use. A driver will be able to get out of the vehicle and send it to a pre-booked parking space with a tap on a smartphone app. Later, it can be summoned to the pickup location in the same way. 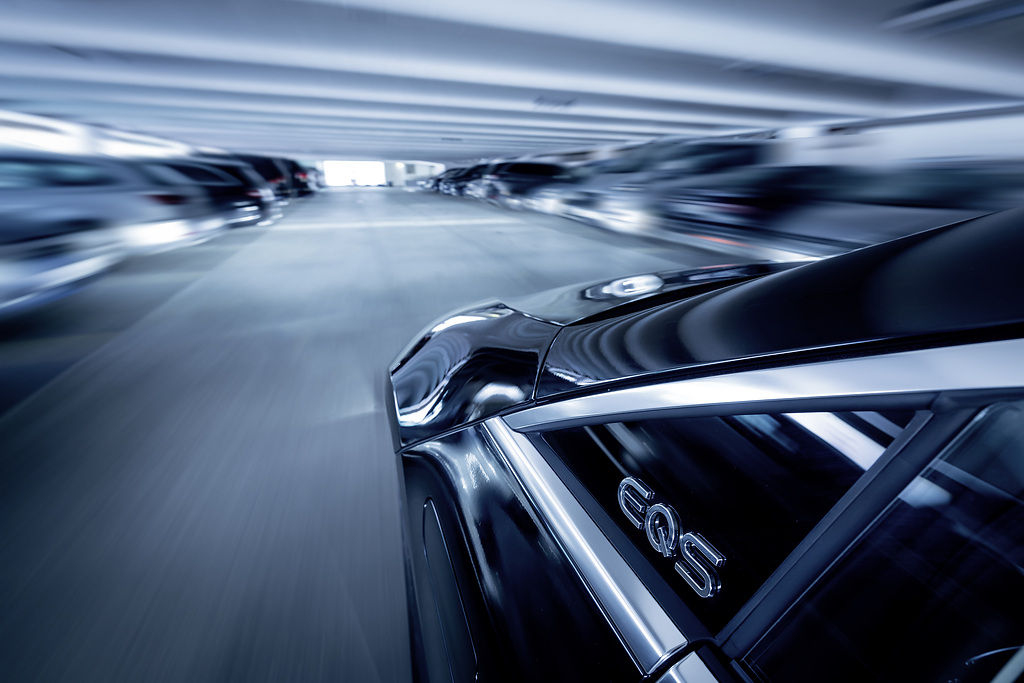 “Automated Valet Parking really enhances our flight passengers’ comfort and convenience and saves them time, especially when they’re in a hurry and just want to drop their car off quickly at the airport,” said Walter Schöfer, management spokesperson for Flughafen Stuttgart GmbH, which runs Stuttgart Airport.

Heyn said Bosch has made intelligent parking garage infrastructure a key to its mobility strategy, and has created standards for the technology. “In the future, our aim is to equip more and more parking garages with the necessary infrastructure technology – we plan to do several hundred of them worldwide in the next few years,” he said.

Since 2019, Mercedes-Benz and Bosch have been offering automated parking valet services at the Mercedes-Benz Museum in Stuttgart. “The approval that has now been issued goes beyond this, allowing commercial operation with privately owned vehicles in the P6 parking garage at Stuttgart Airport,” the companies said.

A German law approved in 2021 permits driverless parking in accordance with SAE Level 4 for motor vehicles. Bosch and Mercedes-Benz worked closely with the German Federal Ministry for Digital and Transport (BMDV) and the German Federal Motor Transport Authority (KBA) to apply the law to the new parking system.

The AFGBV (autonomous driving directive), passed by the German Bundesrat on May 20, 2022, specifies the criteria of the German road traffic act that Level 4 vehicles must satisfy.

Under the SAE standards, a Level 4 system “can conduct the entire driving task without driver input but only in certain conditions (e.g., limited to 25 mph) or places (e.g., a city center).”

A Level 5 system can perform the entire driving task without driver input under all conditions.

In the U.S., most states have laws regulating the research and testing of vehicles with partial and full autonomy on public roads, but there is no federal regulatory framework.

Mercedes-Benz began selling vehicles equipped with “conditionally automated driving” technology on May 17 in Germany, making it the first OEM to put an internationally validated Level 3 system into series production.

The OEM became the world’s first car manufacturer to receive internationally valid system approval for conditionally automated driving in December 2021, when the KBA granted system approval on the basis of the technical approval regulation UN-R157.

Featured image: Mercedes-Benz has received official approval for commercial use in Germany for the “automated valet parking” service, which has been developed together with Bosch. The world’s first highly automated driverless parking function (SAE Level 4) will be available in Germany for certain S-Class and EQS variants featuring the Intelligent Park Pilot and will debut in parking garage P6 at the Airport Stuttgart. (Provided by Mercedes-Benz)