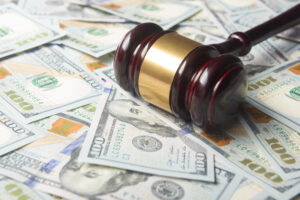 Pennsylvania Attorney General Josh Shapiro, along with 35 other states, reached a $1 million settlement with CarMax Auto Superstores that requires the company to disclose open recalls related to the safety of its used vehicles before consumers purchase them.

Shapiro’s office said in a news release called the outcome of the case “industry-changing.”

“In Pennsylvania, demand for used cars remains high,” Shapiro said. “Consumers deserve to have all the relevant information about a car so they can make an informed choice whether or not to buy, especially if there are open and unrepaired recalls. This settlement will ensure dealerships like CarMax shift gears to ensure Pennsylvanians’ safety comes before profits.”

An injunction, ordered on Dec. 1, bars CarMax from violating each state’s Consumer Protection Act and from stating that its used cars are “safe” or have been repaired for safety issues.

Perhaps without taking CarMax’s word for it that used vehicles are “safe,” consumers will ask questions and do their own research about any repairs that were previously performed and improper repairs, such as those done in the John Eagle Collision case, will be uncovered. In that case, Matthew and Marcia Seebachan were traveling in a 2010 Honda Fit on a 75 mph stretch of road when a 2010 Toyota Tundra in the other lane hydroplaned into their vehicle, leading to the Fit striking the right front quarter of the Tundra. The Seebachans were seriously injured and trapped inside the burning Fit.

Experts for the plaintiffs said in court exhibits that the severity of the crash and the Seebachans’ injuries were the result of the body shop adhesive-bonding the Fit’s roof during a $8,500 hail repair in 2012 for the prior owner. Honda OEM repair procedures dictate the roof of the unibody vehicle be welded.

As part of the CarMax agreement, the company will continue to use the National Highway Traffic Safety Administration (NHTSA)’s VIN tool to provide important safety information to consumers. Consumers can also use the tool through NHTSA to check for any open recalls on their vehicles. CarMax also will include hyperlinks for vehicles advertised online and QR codes on vehicles on the lot that link directly to open recalls so consumers can access the data as they shop.

CarMax told Repairer Driven News the settlement is related to practices that predate November 2014 and that “the settlement terms are consistent with CarMax’s longstanding practices.”

“CarMax led the industry in recall transparency by sharing vehicle-specific recall information in-store and online to ensure our customers know about open recalls prior to purchase,” said COO Joe Wilson. “In fact, as soon as NHTSA made available vehicle-specific recall information in 2014, we began providing the information to customers nationwide and we continue to do so today. As CarMax is not authorized by manufacturers to complete recall repairs and close out recalls, we work hard to ensure our customers have the information they need to take action and have recalls repaired at a manufacturer-authorized facility.”

CarMax has agreed to present consumers with copies of open recalls and obtain the consumer’s signature on a standalone disclosure document before presenting any other sales paperwork.

Consumers who believe they may have purchased a car that isn’t roadworthy can file a complaint with the Pennsylvania Office of Attorney General’s Bureau of Consumer Protection by visiting OAG’s website, sending an email to scams@attorneygeneral.gov, or calling 1-800-441-2555.