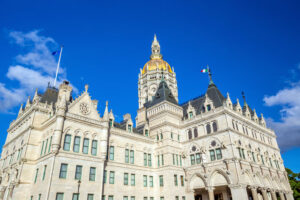 The Connecticut Post, the largest circulation daily newspaper in southwestern Connecticut, has published an op-ed in support of legislation that would prohibit carriers from “meddling” in auto body repair decisions.

The op-ed, written by attorney John M. Parese, a partner at the New Haven-based firm of Buckley Wynne & Parese, calls consumers’ attention to the leverage exerted by carriers in the repair process, and the safety and liability issues involved.

“Every day here in Connecticut, we have nonlicensed, nontrained repair people being directed by self-interested insurance companies wielding incredible power over the type of repairs being done,” Parese writes. “These pressures and dictates, which often implicate the very safety of the vehicle’s occupants, are done with no risk of being held liable. Since the insurer did not and cannot fix the vehicle, it cannot and would not be legally responsible for a substandard repair that caused injury or death. Most consumers have no idea how scary this situation has become.”

Parese, who serves as general counsel for the Auto Body Association of Connecticut, asserts that carriers are cheating their customers by “asserting immense pressure on repair facilities to fix cars on the cheap — often contrary to the better judgment of the licensed repair professional and manufacturer guidelines.”

Other ways that carriers cheat customers in the name of higher profits include “refusing to authorize reimbursement for necessary repair procedures or mandating the use of imitation repair parts that do not fit or function correctly,” Parese argues.

The John Eagle case, he says, provides an example of the possible consequences. “In one instance in Texas, for example, repairs were not done consistent with procedures set by the original vehicle manufacturer. The result: a couple was trapped inside their vehicle while it was on fire. They were severely burned, resulting in a $42 million verdict.”

The column can be read in its entirety at https://www.ctpost.com/opinion/article/Opinion-Stop-insurance-companies-from-meddling-17618022.php.

A bill that would have addressed the issue, House Bill 5366, failed in the Connecticut General Assembly this year. It would have required repairers to follow OEM procedures and guidelines, including the use of OEM parts, unless the customer requests otherwise; and prohibited any “person or entity,” aside from the owner, from asking or requiring a shop to “repair a vehicle in an unsafe manner,” or to use an aftermarket part or a recycled part from a vehicle older than the one being repaired.

During a public hearing, representatives of the aftermarket argued that the bill would essentially give OEMs a monopoly on replacement parts, and increase the cost borne by consumers. Proponents described the bill as an effort to give consumers the right to determine how their vehicles are repaired.

“Vehicles today are complicated machines, with over 30,000 parts and an estimated 100 million lines of software code,” Wayne Weikel, senior director of state affairs for the Alliance for Automotive Innovation, said in written testimony. “To return any vehicle to pre-collision condition and ensure safety systems will perform correctly in the future, repairers need to follow automaker repair procedures, for there are no other repair procedures to follow.”

Parese, in the op-ed, encourages state legislators to take up the issue again.

“Prohibiting outsiders from pressuring or forcing repair shops to deviate from proper repairs will protect the motoring public,” he writes.