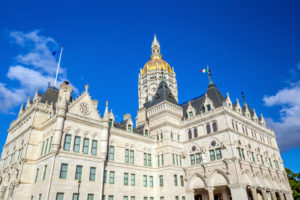 A bill that would limit decisions about the parts and procedures used in repairing a vehicle to the owner and the collision repair professional alone is under consideration by the Connecticut legislature.

The proposal, House Bill 5366, states that repairers must follow OEM guidelines, including the use of OEM parts, unless the customer requests otherwise. It prohibits any “person or entity” from asking or requiring a shop to “repair a vehicle in an unsafe manner,” or to use an aftermarket part or a recycled part from a vehicle older than the one being repaired.

Those decisions would be left strictly to the owner and the repairer, proponents said.

The bill drew much testimony during a four-hour hearing by the legislature’s Transportation Committee on March 9. Proponents said the bill is an effort to give consumers the right to determine how their vehicles are repaired; opponents argued that it would raise costs, and tried to characterize it as an outright prohibition on recycled and aftermarket parts. 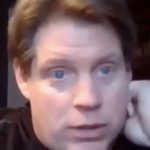 “Everyone purports to have the consumer’s best interests in mind,” said Rep. Roland Lemar (D-96th District), the House chair of the joint Transportation Committee. “I’ve heard from auto body repairers, I’ve heard from consumers who are upset at what has happened and how they’ve been steered in the past. And I think this bill is due for consideration this year because the issue has gotten to the point where consumers are recognizing that they’re being in some cases forced to use parts that are substandard for the vehicle that they own.”

Comments focused on the following two provisions of the bill:

“These sections are focused on consumer safety, consumer choice, and curbing outside interference in vehicle repairs by entities such as insurance companies that are not trained, not licensed, and by operation of self-interest and conflict, not in any way logically positioned to interfere,” said John Parese, general counsel for the Auto Body Association of Connecticut (ABAC). 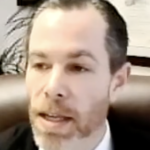 Parese likened insurers’ involvement in repair decisions to an insurer telling a surgeon to use a cheaper aluminum plate in place of titanium when operating on a patient. “If that sounds absurd, it is. But it is precisely the type of thing that’s happening all the time in the context of auto body repair. Outside interference such as insurance companies are relentlessly pressuring licensed repairers to compromise quality,” he said.

“Just as you would want your doctor to use his or her best judgment when operating, you would want your licensed repairer to do the same and follow the manufacturer’s specifications. In light of today’s technology and safety systems, there is no other plausible option. I certainly would not want to put my family in a vehicle that was fixed on the cheap. And I don’t think any one of you would either.”

Parese told lawmakers that, while repairers bear the legal responsibility for the quality of repairs, “we have the forces of an insurer who’s demanding all these cutting of corners and bears no liability for that downward pressure. So I think that what the bill is suggesting is that, you know, you who have no liability exposure and only to gain in cheap parts should not be allowed to interfere.”

No representative of the insurance industry was present to speak with lawmakers about the bill during the hearing. Brooke Foley, the general counsel for the Insurance Association of Connecticut (AIC), appeared before the committee to address a different bill, but in answer to a question from Lemar said she was “not familiar right now with [HB 5366] so I can’t comment on it.”

Several representatives of the aftermarket and recycled parts industries objected to the bill, arguing that it amounted to an outright ban on the use of their products, a claim proponents repeatedly denied. 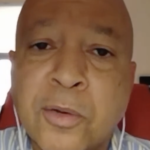 “This language is anti-consumer choice because vehicle manufacturers will always recommend the use of OEM parts in their service bulletins, position statements, or they can simply change their repair procedure to mandate the use of those parts,” said Tom Tucker, senior director of state affairs for the Auto Care Association.

He referred committee members to the OEM’s position statements on parts use on the OEM1Stop website. “These position statements are abundantly clear that they did not authorize or recommend the use of any parts except genuine OEM parts purchased through the dealer network,” Tucker said. “As a result of this language, this bill would then become a de facto ban on any parts except OEM parts.”

His comments prompted a response from Tony Ferraiolo (A&R Auto Body Specialty) of ABAC. “Where are we supposed to figure out how to repair a vehicle unless we go to the manufacturer of that vehicle to tell us how to repair that vehicle?” he asked lawmakers. 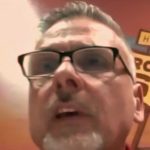 Ferraiolo referenced the increasing complexity of vehicles and the challenges that creates for repairers. “The systems onboard these vehicles now have to be repaired properly, by the way the manufacturer is telling us to do this, or they may not operate the next time the person … puts their brakes on and slams into the car in front of them,” he said.

He, and others, denied that the bill amounts to a ban on the use of aftermarket or recycled parts. “The consumer has the right under this language to make that determination, and if the repair shop feels they can do a safe repair with those parts, then it’s authorized to do so,” Ferraiolo said.

ABAC President Bob Amendola (Autoworks of Westville) said the issue is not money, but safety. “If we do something that causes a fault or failure for our consumer, we are the ones that are totally to blame. So we have to have that authority to go along with that responsibility. Who better to determine how a car gets repaired, than the repair professionals who do it every day?” 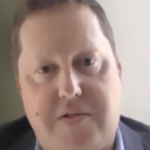 Andreas Heiss, the Northeast manager of government affairs for LKQ Corporation, was among those speaking against the bill, saying that its provisions “have a potential to create a monopoly for the car companies.”

Heiss said consumers can already specify the use of OEM parts by choosing that option when they buy their insurance policies in place of the “like kind and quality” parts that the majority of policies provide for. “Your policy dictates what kind of parts are going to be used when you have your car repaired,” he said.

“While we agree that the quality repairers care enough for the safety of all cars they’re repairing, we believe that blindly following these [OEM] procedures and guidelines is totally detrimental to the parts industry,” Heiss said.

Michael Arcangelo (Chuck and Eddie’s) made a similar argument, saying that the bill “would eliminate the use of recycled original equipment parts from the repair process,” raising repair costs and insurance premiums. 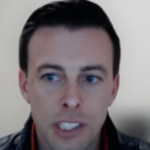 HB 5366 “puts undue powers with the new car manufacturers in determining the repair process of vehicles by enshrining in law that their procedures … must be followed. These procedures are subject to change at any time at their discretion, and there are no limits to what aspects they may change,” he said.

The American Property Casualty Insurance Association (APCIA) and the Alliance for Automotive Innovation (AAI) are among the many individuals and organizations that have submitted written testimony on the bill.

APCIA, in opposition, argued that HB 5366 would likely drive up the price of auto insurance in Connecticut because “it would likely result in only original equipment manufacturers (OEM) parts being used in most autobody repairs in Connecticut when the repair is paid for under an insurance policy,” rather than lower-cost aftermarket parts.

The association attempted to draw a line between what procedures OEMs recommend, and what is required.

“While insurers would agree that the manufacturer’s technical repair specification requirements should be followed, the language in this bill would go far beyond that – requiring compliance with all ‘collision repair guidelines, procedures, recommendations and service bulletins issued by the vehicle or original equipment manufacturer’,” it said.

“Auto insurers have a strong belief that they have a role to play in ensuring that the vehicle owner receives a quality repair that is safe and cost effective, and proposals like this, well intended as they may be, will be used as leverage to push the insurer out of the process, save to pay the inflated bill,” APCIA said in its unsigned statement.

Eric George, president of the AIC, wrote in opposition to the bill, saying that the current system “allows for more appropriate tailoring of insurance coverage to fit the needs and wants of consumers.”

“Under HB 5366, all automobile insurance consumers would be forced to pay for this coverage, regardless if they want or need it,” George wrote. “Since Connecticut’s current system of automobile insurance coverage already allows for the purchase of OEM parts if the consumer wants or needs it, the IAC respectfully asks this Committee to reject sections 12 through 14 of HB 5366 in order to ensure that consumers continue to have the ability to choose this coverage or not.”

AAI offered its strong support for the bill, saying that it would give consumers control and result in safer repairs.

“No one is saying a consumer has to choose an OEM part, but if a consumer does not want aftermarket or used parts to be used in a repair, they should have the right to say so,” given the substantial investment that a vehicle represents, Wayne Weikel, senior director for state affairs for the Alliance, wrote.

“Vehicles today are complicated machines, with over 30,000 parts and an estimated 100 million lines of software code,” Weikel said, addressing the issue of safety. “To return any vehicle to pre-collision condition and ensure safety systems will perform correctly in the future, repairers need to follow automaker repair procedures, for there are no other repair procedures to follow. Either a shop is following the repair instructions set forth by an automaker or they are making it up as they go along.”