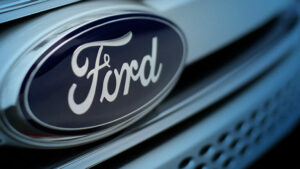 Wejo Group has reached an agreement with Ford Motor Co. on the use of Ford’s connected vehicle data to inform auto insurers’ rates and policies in the U.S. The companies first rolled out the program in Europe in June.

Wejo, based in Manchester, England, said its data-based vehicle insurance program is designed to “better understand driving behaviors” in the U.S. Ford said it would only provide the data with its customers’ consent.

The agreement comes as the auto and insurance industries continue to move to understand and use data-based driver and vehicle information points in order to set auto insurance price guidelines.

The overall practice of gathering those information points is often referred to as telematics. The practice tracks certain driving behaviors, such as miles driven and braking habits, using a plug-in device, a smartphone application, or, as in this case, data gathered directly from the vehicle.

Wejo’s software and hardware solutions track how a person — or autonomous vehicle — drives by gathering numerous bits of information, and then standardizes and enhances those streams of data on a large scale.

Wejo did not say when the U.S. program would be rolled out.

In a statement, Richard Barlow, founder and CEO of Wejo, said the partnership with Ford will enable “mutual benefit to both policyholders and insurers as auto insurance companies leverage connected vehicle data for good.”

Barlow said the deal is part of the “reinventing” of auto insurance for a “smarter, safer” future for the industry.

News of the agreement comes as a new study from the Insurance Research Council indicates that consumers are reluctant to adopt usage-based insurance (UBI) because of privacy concerns.

According to a study commissioned by the Insurance Research Council, an independent nonprofit research organization supported by leading insurance firms and associations, privacy concerns exist about initiatives like the one put forth by Wejo.

Released late last month, the results of an IRC survey of over 2,000 U.S. drivers revealed that “many drivers choose not to participate in telematics programs,” though the report didn’t specify how many drivers would choose to not participate if asked.

The survey did find that of those who participated in a telematics program, about 80% said the program helped to change the way they drive.

The report revealed that part of the reason why drivers might be apprehensive about such programs is that they may not understand how they work.

It’s also known that U.S. consumers have become wary in recent years about privacy concerns as technological advances have continued in many areas of consumer behavior.

In a statement, Dale Porfilio, president of the IRC, said more drivers are participating in telematics programs today than ever before.

“Some consumers we surveyed indicated hesitancy in signing up due to privacy concerns,” Portilio said. “Younger drivers were less likely to express concerns about privacy. This same group also indicated the highest interest in finding ways to reduce their premium.”

While the privacy issues will continue to resonate for some, there could be opportunities for proponents of telematics programs to drive home the safety angle.

A recent New York Times story underscored how driver safety in the U.S. has deteriorated in recent years.

According to the story, which cited federal data, traffic fatalities have curiously been rising in the U.S. over the past decade, a trend that flies in the face of what’s been seen in other developed countries.

In 2020, when car and truck travel decreased sharply due to the pandemic, the traffic death rate actually increased in the U.S.

“Telematics programs provide the opportunity for safe drives to lower their insurance costs and can improve overall road safety,” Porfilio said. “Most users say they have made positive changes in the way that they drive as a result of telematics data provided to them by their insurer. Safer driving reduces the frequency and severity of auto accidents, saving lives and allowing for more affordable vehicle insurance for all consumers.”

Wejo and Ford team up to expand end-to-end insurance offerings across U.S.