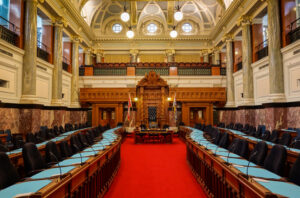 British Columbia is the only Canadian province without trade certification, despite the already established programs in other territories that rely on occupational certification, apprenticeships and licensure for performing work in the collision repair trade. But, earlier this year, the Skilled Trades Act was introduced to help address the shortages in the industry.

According to Auto Service World, the agency overseeing the completion of certifications and requirements is SkilledTradesBC. The agency will manage apprenticeships by setting up standardized training opportunities, helping skilled techs get higher pay and promote the industry to younger generations.

The Skilled Trades Act will have two phases over two years. The first phase will focus on trades revolving around mechanical and electrical work. Techs will have until Dec 1, 2023, to either pass a trade skills test or sign up to be an apprentice. The second phase will address the automotive trade, and those in the field will have until 2024 to meet the requirements. The date has yet to be announced.

The apprenticeships will range in jobs from installation technicians to heavy-duty equipment technicians in the two phases.

The Skilled Trades Act is Canada’s first step in fixing the labor shortage in the tech industry and addressing the stigma around these types of jobs.

Last year, the president and CEO of the Automotive Retailers Association of British Columbia, Adrian Scovell, wrote to The Province newspaper explaining the issues businesses that need well-trained techs are facing as the labor shortage continues.

“Increasing sales of electric and hybrid vehicles only add to the complexity and challenges in maintaining and repairing vehicles. Skilled trades certification offers the chance for students training for a new job and those retraining for the future to be recognized for their advanced knowledge and abilities,” Scovell said.

Earlier this year, the Society of Collision Repair Specialists in the U.S. (SCRS) OEM Collision Repair Technology Summit sessions focused on tackling the issue of labor shortages in the industry.

Carlisle and Co.’s Chad Walker spoke at the SEMA sessions on Nov 3, explaining the cost of labor shortage to the tech industry. Walker used a net promoter score (NPS) and found that most people are actively telling their friends and family not to consider entering the industry and that people are leaving it altogether.

The reasons vary, but Walker says it’s mainly due to other fields offering higher pay and the overall perception of the jobs.

“We have to approach both recruiting and retention. You can’t just do one. It’s a bit of both,” Walker said. “These guys are this side of engineers. It’s very sophisticated product. These things are really difficult to work on. They need a really highly skilled problem solver to work on these things. That’s not what the public believes. That’s not what parents believe when their kids are juniors in high school, and that’s a problem for us.”

The same issues apply in Canada and the U.K., but Scovell believes with some teamwork from different stakeholders, the industry will start to heal in BC.

“It is going to be a challenge to rebuild the ecosystem necessary to implement skilled trades,” he told Repairer Driven News. “However, it’s vital we do so. This will require three stakeholder groups working together – Government, Skilled Trades BC, and the ARA/industry. They will require funding to reconstruct the training programs from labor attraction to certified technician. Getting a job will be the easy part.”

However, one hurdle that techs may face is the Insurance Corporation of BC.
“The single biggest roadblock will be the Insurance Corporation of BC. It simply will not pay fair rates to the collision industry,” Scovell said. “Business owners cannot make the investment needed to retrain, retool, and retain skilled workers. Trades are already competing for workers. It is the worker who will have a choice of trade. Collision will be on the bottom of the pile. Mechanical will be on the top.”

BC has had a shortage of students willing to pursue the tech industry. Scovell said it’s due to the lack of teachers qualified to instruct and no automotive classrooms. Without the inflow of interested students, the industry has suffered a big hit resulting in long waits for car repairs.

With the Skilled Trades Act taking effect soon, the field will be a breeze to enter for interested parties.

“The benefits will come. Ticketed journeypersons, get the pick of jobs—anywhere. The industry will gain the respect it deserves. Consumers will receive essential quality repair and maintenance for their vehicles,” Scovell told RDN. “Electric vehicles, automated driver assist systems, and the myriad complexity of today’s cars are all useless if they are not functioning properly. Tomorrow’s technicians will put on gloves to keep the car’s components clean—not their hands.”

Those looking to enter the field or become an apprentice can visit https://skilledtradesbc.ca/