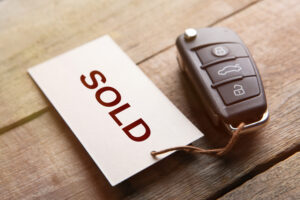 According to Reuters, Alberto Bustamante, director of Mexico’s National Parts Industry (INA), told reporters earlier this month that the illegal importation of used vehicles from the U.S., known as “chocolate cars,” was pushing down used car prices and benefiting criminal gangs.

The report once again focuses attention on the international market for vehicles sold at auction in the U.S., adding to a global reclamation fleet that includes uncounted vehicles damaged in collisions.

Bustamente made the comment during an announcement that Mexico’s auto parts production is headed for a record of nearly $107 billion this year, up almost 13% from last year, with the U.S.-China “trade war” a “huge factor.”

INA has criticized the Mexican government’s publication of a decree to legalize millions of imported used cars, mainly from the U.S., saying that it would support “car smuggling.”

The new policy requires local authorities to create a plan to encourage residents of states that border the U.S. to officially register vehicles that were driven into Mexico.

The state of Baja California alone is home to more than 500,000 unregistered vehicles, which are commonly used in crimes, according to the state security minister, Rosa Rodriguez, Reuters reported in October.

The Mexican Association of Automotive Distributors (AMDA) predicted that new car sales would fall by more than 30% as a result of the decree. It called the move “a reward for criminal mafia and corrupt bureaucracy,” Reuters said.

“It is a mistake to legalize smuggled vehicles… It will have an impact on the economy, as well as create concerning environmental pollution and insecurity that threatens people’s lives,” Guillermo Rosales, director of the Mexican Association of Automotive Distributors (AMDA) told Mexico’s Radio MVS.

At a press conference in November, Rosales said the number of imported used vehicles had increased by 23.8% as of September. By the end of the year, he said, more than one million “chocolate cars” will have entered the Mexican market. Most of those vehicles are “in poor condition,” he said.

As National Public Radio reported in September, there is a strong international market for vehicles that have been declared total losses by U.S. insurers. One channel for those vehicles is Copart, which says it offers more than 3 million “used, wholesale and repairable cars, trucks and SUVs” at auction each year in the U.S.

In a Sept. 8 quarterly earnings call, Copart co-CEO Jeff Liaw estimated that 40% of the vehicles that pass through one of his company’s auctions takes to the road again somewhere in the world.

“Our retrieval and storage of vehicles, title processing, and online marketplace are essential to the reuse, harvesting, and recycling of literally millions of cars per year,” Liaw said. “We estimate that approximately two out of every five vehicles we sell are driven again somewhere in the world. The remainder are harvested and recycled for parts or metals reducing the need for de novo mineral extraction and manufacturing emissions.”

The company’s website has a page devoted to international buyers. “Copart is your ultimate destination for buying auction cars and international shipping from USA to anywhere in the world,” it says. “[W]hether you are an automobile enthusiast looking for a classic Ford Mustang or a business owner looking to resell economical Toyota and Honda vehicles, we have something to offer to everyone.”

Copart did not respond to questions from Repairer Driven News about how many of those vehicles were total losses put up for sale by insurers. However, in a September filing with the federal Securities and Exchange Commission, Copart says that the sellers “consist primarily of insurance companies,” and that the majority of vehicles sold on behalf of insurers “are either damaged vehicles deemed a total loss; not economically repairable by the insurance companies; or are recovered stolen vehicles for which an insurance settlement with the vehicle owner has already been made.”

RDN asked Copart if it had any policies in place to make certain that buyers followed legal processes for importing auctioned vehicles into their country. Copart had not responded as of press time.

Hurricane Ian prompts a question: How many totaled vehicles return to the road?