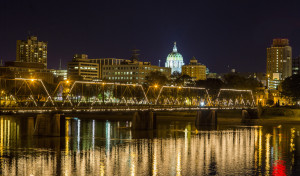 An amendment allowing appraisers to calculate damage on auto damage claims solely with photos — or even just a phone call — had been fast-tracked and denied a public hearing in the Pennsylvania House, the Pennsylvania Collision Trade Guild has complained.

House Bill 1638, which a Wednesday recommittal appears to have slowed slightly, amends a more than 40-year-old law banning adjusters from appraising a car without personally inspecting it. A guild director said the original 1972 law was an offshoot of the federal 1963 Consent Decree developed after alleged auto insurer abuses.

“An appraiser may prepare a repair estimate obtained by personal inspection or by photographs, videos or telephonic means,” the amended language states, replacing the part of the law which said they couldn’t do any of those things.

Customers or shops aren’t required to provide photos for the appraisal to occur, and the owner of the car must be told by the appraiser or insurer that “there is no requirement to submit photographs or videos in order to obtain an appraisal.”

There are no specifications on how large this type might be or how it must be phrased, which leaves a lot of wiggle room for insurance companies to obtain the appraisal source they want:

Even if communicated to the customer in an above-board fashion and limited to seemingly cosmetic damage, it’s a silly and lazy way of appraising collision damage. Mechanical, structural, electronic (calibration and scans seem to be more frequently inescapable) and even cosmetic items could be overlooked without examining the vehicle in-person.

For worst-case examples, consider this lovely but structurally flawed Honda Civic or the outwardly well-preserved but allegedly deadly 1992 Chevrolet Corsica at the center of a Vermont criminal case.

“Would it make sense for the Commonwealth to pass a PA State Inspection Law based on consumer photographs?” the Pennsylvania Collision Trades Guild wrote in protest of the bill.

“Would the Commonwealth ask the vehicle owner or a non-licensed person to take pictures of their tires, brakes, suspension, lights, exhaust and the back of the old inspection sticker. Then submit the photos to a mechanical shop through e-mail. After the pictures are reviewed and approved based on the photos, the state inspection garage would send notification to the person their inspection passed or failed after paying by PayPal. Isn’t this the same as what they want to do with HB 1638?”

The existing law itself notes an “appraiser is charged with a high degree of regard for the public safety” and must act so “the operational safety of the vehicle shall be paramount in considering the specification of new parts.”

Ironically, the law goes on to state this “paramount” consideration should become “vitally important” in certain parts circumstances — none of which involve the parts keeping occupants or pedestrians safe in collisions. Their inclusion might be a much more useful amendment to the law than this one.

The state Insurance Department, which — go figure — would like to have input into an insurance law change — was also upset by the bill’s speed, according to guild Director Steve Behrndt, citing a conversation with an agency staffer.

The bill was introduced to the Insurance Committee Oct. 20 and on Oct. 26 passed 25-1, with Republican state Rep. Thomas Murt, opposed and Democratic Minority Chairman Anthony DeLuca not voting. Language was added specifying consumers must be informed of their right not to take their own photos.

The bill reached the House floor Oct. 26, was tabled, taken back up Oct. 28, and kicked back that day to the committee level, this time to the Appropriations Committee. That recommittal could be a good sign for collision repairers who want to see greater public debate of the amendment.

The bill is expected to be considered by the full House after an early November Pennsylvania election, according to DiBono.

“That’s giving our members a little bit of time now” to call representatives, he said.

No companion bill exists in the Senate; DiBono said sometimes such bills aren’t drafted in Pennsylvania until sister legislation clears the other chamber of the Legislature.

“We’re in the process of talking to senators right now,” Behrndt said.

The guild had sought a public hearing  — it argues the lack of one is “unfair and shows favoritism” towards insurers — but was denied by a DeLuca aide, PCTG Executive Director Ross DiBono said.

An after-hours phone message and email to DeLuca’s office on Friday had not yet been returned.

“We’ve cried and cried for a public hearing,” said Behrndt, also the owner of the titular plaintiff shop in the Crawford’s v. State Farm RICO lawsuit against insurers.

Insurers have cited the existence of many other states where photo appraisals are allowed, according to the guild. But just because all the other kids are doing it doesn’t mean Pennsylvania should, the PCTG argued.

“No one here can provide unbiased testimony as to the successfulness and accuracy of these 45 other states and how adequate the 45 other state’s damage appraisals and their processes are being accepted by their respective societies,” the guild wrote.

Besides safety and accuracy questions, DiBono argued the law would foster inefficiency rather than remove it:

An insurer shoots photos (assuming the customer opts against taking them), and does an estimate from his or her desk. But if the shop’s physical inspection reveals more damage, the insurer must return to the field anyway to see it and haggle over the cost.

DiBono said he asked an aide to Republican Insurance Committee Chairwoman Tina Pickett for evidence that photo inspections are faster.

The aide’s answer, according to DiBono: “’I’m telling you. It speeds things up.’”

“I’m saying it doesn’t,” DiBono said. Hence the need for a public hearing.

An after-hours phone message and email to Pickett’s office Friday had not  yet been returned.

“They’re offering no information,” he said, and if the bill was so great, “Why not have hearings on it?”

The Pennsylvania Capitol Dome can be seen in Harrisburg, Pa. (Yitao/iStock/Thinkstock)