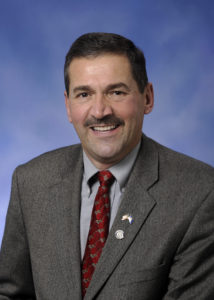 The Michigan Legislature has sent Gov. Rick Snyder a bill mandating only new, used or certified aftermarket parts on vehicles for the first few years of their warrantied life, a law with implications for both collision and mechanical repairers — and some potential unintentional consequences.

An owner could only receive non-OEM or uncertified parts through written consent under House Bill 4344, which passed the House 86-23 on Tuesday and the Senate on Wednesday. The bill has been ordered enrolled but as of mid-Friday afternoon, the Republican governor hadn’t taken action upon it.

The bill adds this text to state law:

(b) A used or recycled original equipment manufacturer part.

(d) A part that does not meet subdivision (a), (b), or (c), if the facility is directed by the owner of the motor vehicle in writing to install that part.

An earlier version of the bill didn’t even provide the written consent clause — which is kind of insane if you’re trying to get a body shop to mod your car. Sponsor Rep. Peter Pettalia, R-Presque Isle, and the owner of an auto repair business, amended it Tuesday, and the change was subsequently passed by both parts of the Legislature in the votes above.

Detroit Free Press columnist Brian Dickerson reported that “Pettalia said the controversial provision is all about making sure body shops (and the insurers who refer them collision work) don’t stick motorists with substandard parts that could render their vehicles unsafe or void their manufacturer’s warranties.”

And ultimately, Pettalia’s bill is an example of how attempting to legislate one solution produces all sort of unforseen new problems.

First of all, the bill legislatively implies CAPA- or NSF-certified parts are truly “OEM comparable,” something that is still in dispute within the collision repair industry. In fact, it might be in dispute within the aftermarket community that CAPA and NSF are equivalent to each other, based on undertones in Body Language reports from the Auto Body Parts Association’s recent Miami convention and past disputes between the two groups. (Learn more about each certification program’s process with this Q&A.)

Second, is it really appropriate to put any non-new OEM part — even if a certified aftermarket or recycled one —  on a vehicle within the first year of its existence? You could under the bill. What about during the first three years of the vehicle life, a common warranty duration?

In fact, if the owner sold the car and the factory warranty doesn’t transfer — Ford’s sheet metal warranty, for example, doesn’t extend beyond the original owner, even if you sold the car on Year One — then it seems as though you could put any aftermarket part you wanted on the vehicle without the written consent.

And then there’s the list of “major component parts.” In this case, we’ve left the legislative indications of changes intact so readers could see the entirety of what has already been defined as such and what has been added/stricken:

(v) A door allowing THAT ALLOWS entrance to or egress from the passenger compartment of the vehicle.

(x) The cargo box of a pickup.

(xi) The frame, or if the vehicle has a unitized body, the supporting structure or structures that serve as the frame. PARTS IDENTIFIED BY THE MOTOR VEHICLE MANUFACTURER AS STRUCTURAL COMPONENTS.

(xiii) The body of a passenger vehicle.

It’s nice to see the term “major component” applied to items which are inappropriately dismissed off as “cosmetic” or which apparently weren’t even given that kind of “major component” status at all. But if you follow the logic of the bill’s language to its conclusion, the Legislature is saying it’s OK to replace items like airbags or a B-pillar with a certified aftermarket version or recycled version, which seems to fall somewhere between problematic to insane. Or apparently sometime between the end of a warranty and five years, any aftermarket version is fine.

Granted, there’s apparently nothing preventing those now under Michigan law, but the idea of legislating equivalency to OEM parts in this way for these parts seems insane.

Others are currently raising concerns with the measure as well, though for different reasons.

Several major insurers write only certified parts, but the Property Casualty Insurers Association of America opposed a version similar to the one sent Snyder because of the need for customers to actively request non-OEM -recycled or -certified parts usage.

It suggested that if the Senate didn’t return to this version of the bill, it at most add a more efficient electronic notice only that such parts were used. it’s unclear if this would have complemented or replace the notification demanded when the customer receives the fixed vehicle.

Of course, it’s easier to ignore a notification buried within one’s email inbox or at the bottom of a document of the work completed — particularly if the shop just hands you the bill and doesn’t point out such language — so one has to wonder if they’re more worried about transparency than efficiency. On the other hand, LKQ with a similar (withdrawn) Maryland measure argued that shops would use the requirement of active customer direction as an opportunity to push only more expensive OEM parts.

Still, it seems as though nothing would really change for insurers in terms of parts costs they’ve said could affect premiums. (Not by much, as it turns out.) Consider this scenario:

Terry Fortner of LKQ, whose company opposed the bill, expressed skepticism that the customer would make such a call.

“Why would they?” he asked, also disputing that insurers would be allowed to demand anything but the parts in the bill.

He said that LKQ sold both certified and uncertified parts, and while major insurers may have certified-only policies, some other insurers don’t.

“There are good parts that aren’t certified out there,” he said.

The umbrella organization containing the Automotive Aftermarket Suppliers Association (whose members include suppliers of both mechanical and collision aftermarket parts) on Thursday urged Snyder to veto the bill.

“We believe the current language in the bill discourages the use of Aftermarket and Remanufactured parts in maintaining and repairing vehicles, and if signed into law would have serious consequences on our industry and consumer’s ability to have choices with respect to how to have their vehicles repaired and maintained,” Motor Equipment Manufacturers Association President and CEO Steve Handschuh wrote.

“… Furthermore, there is no mandatory third party certification requirement for those aftermarket parts. Neither the Environmental Protection Agency (EPA) nor the National Highway Traffic Safety Administration (NHTSA) require third party part certification. Existing federal policy is that the component manufacturer self-certifies that the aftermarket part will not cause the vehicle to violate safety standards, or to have a safety defect, or to have cause the vehicle to exceed emissions standards. The language in section 7G of MI House Bill 4344 undermines the concept that there should be free competition in the aftermarket, starting on the day of the sale of the vehicle, unless the original vehicle manufacturer is going to provide the part free of charge.”

Be heard: Snyder can be reached here.