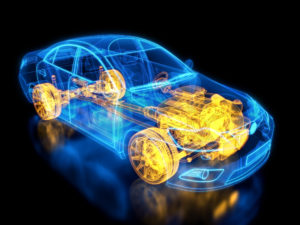 A LKQ executive Tuesday explained the company’s KEYSIQ program, which recently added a Top 10 insurer, as a mix of both certified and “other quality parts.”

LKQ President and CEO Robert Wagman told analysts Thursday the program would be rolled out Nov. 1 and had attracted one of the final Top 10 insurers.

“KEYSIQ is a LKQ specific and proprietary quality assurance program that includes certified parts and other quality parts. The program has significant benefits for the consumer, collision repairer and insurer that are included within the elements and service level agreement of KEYSIQ.”

According to Wagman, the only notable Top 10 insurer exceptions were Allstate and State Farm. He told analysts Allstate only writes certified parts, and LKQ is constantly meeting with No. 1 State Farm to write more aftermarket parts.

“I would love to say that that top 10 carrier I mentioned in my prepared remarks was State Farm,” Wagman said. “It was not, unfortunately. … It was a carrier who had multiple brands and only one of the brands was using my aftermarket parts and now they’re bringing the whole company over. So that’s a good win.”

Later, he described the disclosed company as “actually about three quarters of their company not writing and a quarter writing” aftermarket prior to its shift this quarter.

As for AQRP, it was developed, managed and owned by LKQ, but NSF vets the aftermarket parts offered for sale, NSF International automotive certification Director Bob Frayer said in a September 2015 email statement. LKQ back then had referred us to NSF for discussion of that program.

“It is typically referred to in the industry as a validation program, and it has a set of requirements that considers fit of parts on vehicles, dimensional conformance, materials and material properties, coatings, etc.,” he said in the statement.

As that program is proprietary, LKQ is the only distributor of AQRP parts, Frayer said.

NSF’s own aftermarket parts certification program involves “part specific protocols developed under the guidelines of the American National Standards Institute.” NSF-certified parts, of course, can be found in the inventory of many distributors, Frayer explained.

“Like the AQRP program, NSF protocols call out requirements for fit of parts on vehicles, dimensional conformance, materials and material properties, coatings, etc. Both the AQRP and NSF programs provide strict oversight of factory audits and product testing.

Both were good programs, according to Frayer, but NSF’s involved “certification” and LKQ’s involved “validation.”
“While both programs look at the critical functional characteristics of the parts and the quality systems of the factories making the parts, differences in the ownership and oversight of each program and each programs requirements for oversight are critical in terms of one being a validation program and one being a certification program,” he said in a statement. “Both programs offer end users a high level of confidence in the parts being equivalent to the OE parts in form, fit and function.”