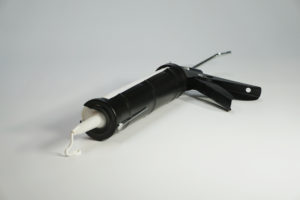 A senior adjuster had sent out an email to Midwestern direct repair shops articulating what he wrote were “overall guidelines” on seam sealer:

Materials can be considered on a case by case bases when an excessive amount is needed, such as a Quarter panel with a rear body panel replace.

Another exception is on some older cars that have that honkin huge wide bead of seam sealer from the factory.  I haven’t seen one of those in a while.

Never on panel repairs, only on panel replace.  And it needs to be a whole lot before it’s considered.

As American Family agreed, the materials guidance is incorrect. AudaExplore, CCC, and Mitchell all describe materials as non-included operations. Any non-included items are meant to be decided on a case-by-case basis by estimators/appraisers/adjustors, not unilaterally rejected.

This is an example of the kind of disconnects which can occur between insurers’ corporate offices and the regional levels (see more examples here). It can happen in any large industry; for example, a retail corporation sets a new Black Friday opening hour and a regional manager who didn’t check his email tells his stores last year’s time.

For DRP and non-DRP shops alike, the lesson is to be informed about OEM repair procedures and IP estimating guides and carefully review — and sometimes question — communication and instruction from the regional level or otherwise not contained in B2B contractual documents.