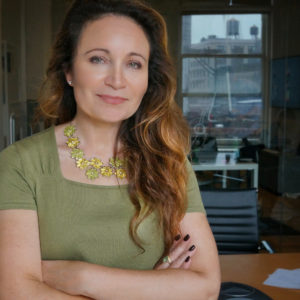 Former CEO Duane Rouse has stepped down to become vice chairman of ABRA’s board, a departure he’d planned since May but was contingent on the company finding a new head.

“After an extensive search, we are confident that we have found the right leader for ABRA in Ann,” Rouse said in a statement. “Ann’s experience, talent and energy have allowed her to build a very impressive track record as an executive. We are thrilled to welcome her to ABRA and look forward to her leadership as we enter into our next chapter of growth.”

Fandozzi brings the collision repair chain — one of several investor-funded chains competing to consolidate and dominate the largely independent industry —  experience from two OEMs and ride-sharing companies. That’s a useful background at a point where OEMs are taking more of an interest in how non-dealership shops fix their customers’ cars and Americans consider using services like Lyft and Uber (and perhaps future automated versions of each) instead of owning a car outright.

She’s also the most powerful female CEO at one of the largest businesses in collision repair, a largely male-dominated sector now trying to encourage women to join — particularly amid a serious technician shortage.

“I am eager to hit the ground running with the team at ABRA,” Fandozzi said in a statement. “Duane and his team have built an industry leader and I am excited to help build on ABRA’s legacy. With the support of this experienced management team, we will continue ABRA’s progress in expanding to new markets, deepening our relationships with leading automotive insurers and providing the highest quality service to consumers.”

“Under Ann’s leadership the company entered a period of unprecedented growth in both revenue and market share,” ABRA wrote in a news release.

Enterprise Holdings, which has interests in not only rental cars but other claims-related factors like shop KPIs, bought vRide in June.

“Partnering with Enterprise offers vRide an opportunity to develop and expand vanpooling and ride-sharing in ways that can make a significant difference to consumers,” Fandozzi said in a statement June 15.

Ride.com shut down exactly one month later with a “We’ll be back soon. We’re working on something new…” message on its website. The site says the company ended its commuter service for “a new strategic direction” and would be “building a product for busy families that makes carpooling easy, kid-safe, fair and game-changing for sustainability.”

Before getting into ride-sharing, Fandozzi — a Wharton MBA with computer and systems engineering degrees — worked at Whirlpool, what was then DaimlerChrysler, Ford, McKinsey and Lockheed Martin. That technical education and background in sales, marketing and engineering also could help ABRA keep up with increasingly complex vehicles and repairs and consumers seeking convenience in communications with shops.

“We are thankful to Duane for his strong leadership during his 5 years as CEO—the culmination of his 20 year tenure at ABRA—and for the results that he delivered during that period,” Erik Ragatz, managing director of ABRA’s owner Hellman & Friedman and chairman of the ABRA board, said in a statement. “Through a combination of internal initiatives and strategic acquisitions, Duane built ABRA into a highly-respected, exceptionally well-run company. We are very pleased to have Duane’s continued partnership on the Board and look forward to working with Ann to continue to grow the business.”