UPDATE: Chubb on Jan. 9, five days after this article was published, called an earlier email declaring it would scan all 1990-or-newer vehicles before and after a collision “sent prematurely” and not company policy. The carrier said it would continue to handle vehicle scans — which numerous OEMs have deemed necessary within repair procedures and position statements — on a “case-by-case” basis. Find out more here.

Chubb, the world’s largest property-casualty insurer, has told U.S. estimators that it will pay for pre- and post-repair scans on all vehicles dating back to 1990, a move that a Montana repairer called “fantastic news.”

“Chubb has decided that we are going to allow for pre and post scans on all ‘modern’ autos (1990 and Newer),” the insurer wrote in a message to body shops. (Emphasis Chubb’s.) “Your first line on the estimate should read pre-scan at 1.0 hour of body rate and the last line on the estimate should read post-scan at 1.0 hours of body rate.  If you find that the cost of doing the scan is going to be higher, then provide the actual scan report and the invoice and we will reimburse accordingly on the SUPPLEMENT.

“Chubb takes this very serious and wants to make sure the vehicle is returned in proper working order.”

A Chubb spokeswoman contacted Tuesday was still trying to track down a contact Wednesday to further discuss the policy. Continue to check Repairer Driven News for updates.

McDonnell Group President Matthew McDonnell shared the document with the industry last week after receiving permission from Chubb to do so.

“It’s really funny when you call an insurance company and tell them how great they were,” joked McDonnell, observing that Chubb representatives seemed to be bracing for a “but…” and criticism when he complimented them on the policy and asked to share it.

McDonnell said he had been compiling shop scan data from his three-store MSO (perhaps best known for Big Sky Collision) and sharing it with any receptive insurer after realizing in 2015 how many diagnostic trouble codes were being thrown.

“We were really the tip of the spear here,” said McDonnell, who pointed out that scanning didn’t catch the industry’s attention until 2016.

McDonnell said his company already had a relationship with Chubb, which he said contacted the McDonnell Group out of the blue because of the quality of the MSO’s repairs and repair plans.

“I’m humbled by this,” he said. He said Chubb told him, “We don’t have any Chubb DRPs in Montana, but we want you guys.”

Chubb charges more for premiums but doesn’t nickle-and-dime on repair, according to McDonnell. He described the company’s thought process as “We want the car repaired correctly, and we pay for that.”

Thus, Chubb was receptive to the pre- and post-scanning concept, and opted to go all the way back to 1990, the year federal OBD-I monitoring was instituted.

McDonnell said Chubb wanted “basically everything” scanned to leave no doubt that the insurer was meeting its obligation to pay to properly repair the vehicle.

“Is it overkill? No,” McDonnell said. “… They’re pushing the liability back on the shop.”

Chubb’s announcement seems like a welcome recognition of the actual vehicle technology, rather than the “case-by-case” hemming and hawing of some of Chubb’s competitors.

All U.S. vehicles since at least 1996 have been mandated to carry OBD-II ports, with diagnostics available on some prior to that as well. The less advanced OBD-I standard emerged in California in 1988 and was codified federally by a Clean Air Act overhaul in 1990.

Nor did Chubb passively wait for every single OEM to issue position statements confirming something already contained in repair procedures, described by industry experts — and somewhat apparent from common sense:

In fact, the NHTSA recently estimated the “vast majority” of the U.S. fleet tends to be replaced within 20 years, so it’s likely that nearly everything on the road today falls into the OBD-II era.

At this point, Chubb is the only insurer to cover back to 1990, at least in his Montana markets.

However, McDonnell pointed out that most motorists aren’t keeping and insuring 26-year old vehicles, while Chubb’s high-end clientele might. He also observed that he wasn’t seeing many vehicles that old either, though cars seemed to corrode more slowly and hold up longer in Montana.

Chubb’s stance reflects those practical conditions as well as technical ones, and the insurer’s recognition of such realities with such a definitive position is good for both the shop, insurer and customer. It leaves no wiggle room that could lead to repairers and appraisers wasting cycle time and energy arguing over whether a vehicle needs scanning — resistance which might incentivize shops to neglect the work at theirs and the customer’s peril.

It also might help keep repairers who unfortunately haven’t kept up with scanning demands from omitting the work through ignorance or habit. After all, Chubb’s SOP now begins and ends every estimate with scanning line items — you can’t miss it.

Though McDonnell said Chubb isn’t just paying lip service to the possibility of scanning supplements, its scanning time and rate could be problematic if it or an imitator were stingier in the future.

We explored a similar situation this summer with our report on an American Family DRP’s claims adjuster who’d erroneously told shops that scans would typically be capped at 1 hour of work at the mechanical rate.  An American Family spokesman ultimately confirmed the staffer mischaracterized the insurer’s position and clarified the company was “committed to working closely with repair shops to ensure their work is correctly compensated for – we do not expect our customers to pay out-of-pocket costs for scans.”

As we noted then, scanning is a non-included procedure in the three estimating services, which means there’s no “official” gauge of how long the work usually takes. Based on how McDonnell and Collision Diagnostic Services have described the work, Chubb’s two hours is likely adequate for in-house or CDS remote scans, but shops should still know that this or any other time set by an insurer still is technically arbitrary without IP or other formal third-party repair time research. 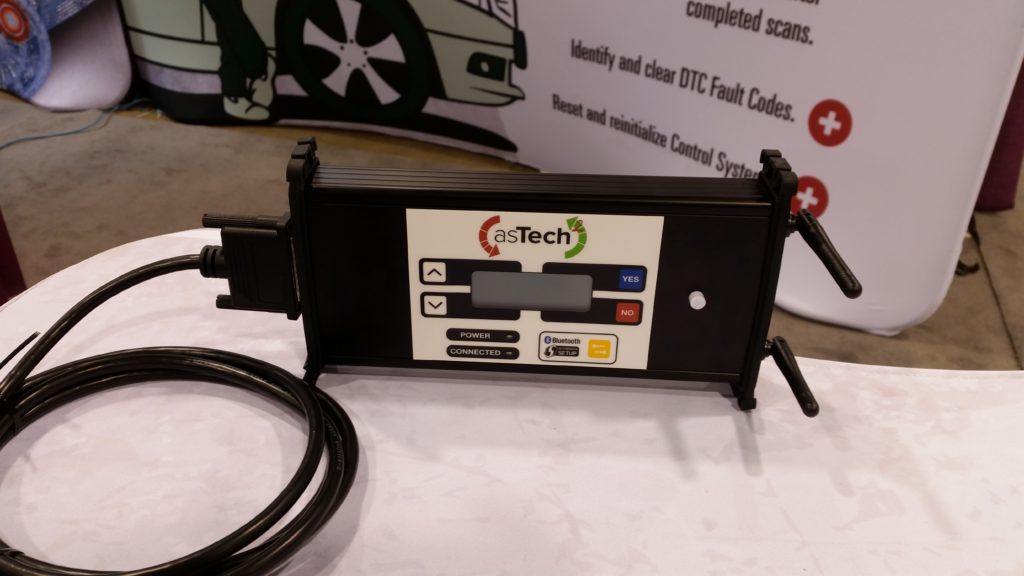 The bigger concern might be how those two hours are billed, particularly for shops which sublet scans to a dealership or use a hybrid internal-external option like CDS.

CCC’s 2016 Crash Course reported mechanical labor rates on its estimates averaged $80.48/hour in 2015, while body labor only averaged $47.30/hour. (McDonnell, however, said the Montana body rate was much higher than that.)

Because of the disparity, subletting as an alternative to buying and training on OEM or aftermarket scan tools could still leave shops or customers eating costs. Let’s use the example of CDS, whose asTech devices remotely link customers’ vehicles to its collection of OEM scan technology and which McDonnell’s shops use.

CDS this summer told us it charges $169 for a pre- and post-scan. Two hours at CCC’s $47.30 body rate is only $94.60 — a loss for CDS users before any markup or the time spent by the shop’s own technician. (CDS scans the car, but someone at a shop must hook up the asTech.) Even a shop charging what last year’s “Who Pays for What” body survey estimated was the 75th percentile $60/hour still would come out behind — $120 to $169.

However, Chubb’s email does say the insurer will consider supplements to make up such differences if accompanied by an invoice and the scan results, and And in contrast to competitors, Chubb starts with the presumption that scanning is necessary — starting both the shop and insurer off on the same foot and suggesting those conversations might be more genial than combative.

Indeed, McDonnell said Chubb doesn’t balk at supplementing his CDS sublet costs — which is fortunate, as he also said the McDonnell Group couldn’t afford to buy all the OEM scan tools. Nor does the insurer balk at a dealership’s sublet cost should one be necessary for McDonnell’s shops.

However, he noted that in general, having a dealership scan everything might be untenable given the cycle time wasted. Pre- and post-scanning in a shop or with CDS is two hours and manageable, according to McDonnell. Sending a vehicle to a dealership for pre- and post-scans could be two days — assuming the dealership can get the work done immediately.