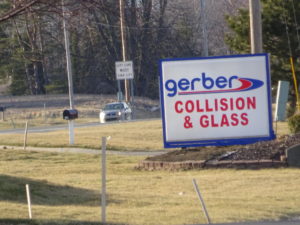 “We have substantially completed our investment in, and training for, companywide diagnostic repair scanning technology,” Bulbuck reported of his company, which owns Gerber and other collision and glass companies in the U.S. and Canada. Though the company is Canadian and publicly traded on the Toronto Stock Exchange, 80-85 percent of its revenue is generated in the U.S.

So the embrace of scanning technology by the 417-shop Gerber chain should be a final nail in the coffin to insurers still resistant to the concept or declaring other shops to be the “only one” or a “problem” for doing it.

Bulbuck told an analyst on a Nov. 14 third-quarter earnings call that a variety of ways exist to add scanning to a shop. Equipping a shop with OEM scanning capabilities for every model was likely “an impractical and unlikely capital investment that anyone could or would make,” Bulbuck said, but aftermarket scanners could be purchased for about $3,000-$5,000, he said.

He called the combination of scan options “a bit of a unique solution” that allowed the company’s repairers to fix cars correctly but be cost-effective for customers and insurers.

Bulbuck said that having introduced the scanning technology and training, the next step was consistent execution. He said he felt the company was “ahead of the curve” compared to the rest of the industry and called adopting scanning “a very important initiative” related to growing vehicle complexity and repair requirements.

Most automakers have position statements on pre- and post-repair scanning, and “we have that capability,” Bulbuck said.

He said he couldn’t quantify it but “it certainly should” be a competitive advantage.

Bulbuck told analyst  that the scanning initiative wrapped up after the third quarter, which ended Sept. 30. Though the Boyd Group only had spent 1.3 percent of sales on capital items (such as shop equipment) through the first nine months of the year, Bulbuck expected his company would have bought enough stuff in the fourth quarter to hit 1.6-1.8 percent of sales for the full year.

“Emerging vehicle technologies requiring new, specialized repair equipment, as well as evolving information technology requirements, have resulted in this current need for this higher level of expenditure,” he said.

Bulbuck felt this spending would give it a competitive edge over much of the industry. “We expect that many other collision repairers will not be making these investments,” he said.

(Which is embarrassing, since scanning has been highly publicized since 2016 and actually needed for two decades on some vehicles.)

Asked if accelerating capital spending could increase sales or market share, Bulbuck said he didn’t think a “significant opportunity” existed. The real sales gain would come if the company could “buy technicians,” he joked.

Accelerating OEM certification through spending “might be a way” to gain a competitive advantage, Bulbuck mused, but he noted the company still be limited by the time needed for training, the certification process and onboarding. And training took technicians away from processing actual work, he said.