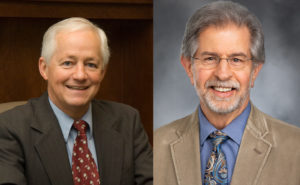 The Washington Office of Insurance Commissioner last year told a state representative “steering” was not an issue and there was no “significant” incentive for insurers to pursue it.

The conclusions in a June 22, 2018, document recently shared with Repairer Driven News were questioned in an analysis prepared by a statistics minor with ties to a collision repairer. That document pointed out what appear to be some significant flaws in the thinking and methodology of the agency charged with regulating insurers and protecting consumers.

“The scope of our survey was never intended to be statistically valid sample of Washington consumers, the purpose was to evaluate the data available to our agency,” communications manager Karen Klotz wrote in an email in response to our request for comment on Lauren Wolfs’ criticism of the survey and OIC’s conclusions. Wolfs holds a University of Washington bachelor’s in environmental science and resource management and a minor in quantitative science. She also spent four years working at Haury’s Lake City Collision, which commissioned her research and provided us with it and other documents for this article.

Rep. Steve Kirby, D-Tacoma, who now chairs the House Consumer Protection and Business Committee, had used materials provided by Haury’s to petition the OIC to consider rulemaking on certain settlement practices, including insurers “steering” consumers to their affiliated body shops.

“The results of our efforts to investigate the issue of consumer steering did not reveal sufficient facts to support a rule-making identifying this an as unfair practice,” OIC policy and rules manager Candice Myrum wrote to Kirby. “As a result, we will not move forward with a rule-making on that topic.”

Perhaps the oddest part of this thought process was the conclusion regarding a lack of financial incentive to steer, which makes one wonder if the agency understands the auto insurance agency it’s supposed to be regulating.

The OIC had polled the state’s 282 known auto insurers recorded in the National Association of Insurance Commissioners database in December 2017 and received responses from 174 of them by Jan. 19, 2018; four more requested exemptions. (This outcome arguably doesn’t reflect well on neither the insurance industry nor the OIC — more than 100 carriers apparently are comfortable blowing off a request by the agency that regulates them.) The study reported 82.84 percent of the respondents had a direct repair program network.

The $1.34 difference reported by the OIC still arguably adds up to a significant amount for a larger insurer, particularly with an insurer able to leverage that amount across all 50 states.

For example, Washington state had 121,047 collisions known to authorities in 2017. (Which is obviously different than claims filed that year, but we’re just doing napkin math here.) The average 2017 repair in CCC had 23.1 hours per claim.

At $1.34/hour difference, that’s about $3.75 million the Washington insurance industry would save. Eighty-two percent of that would work out to around $3.07 million saved by the DRP carriers.

Wolfs also pointed out that rate wasn’t only the only factor in play.

“Regarding the analysis of labor rates, the rate is only one of many economic factors that make DRPs beneficial to insurance carriers,” Wolfs, who now works at a bookkeeping firm, wrote to the agency. “Others include contractual obligations to use junkyard-salvaged, aftermarket, or otherwise inferior parts; pressure to unrealistically reduce repair times, and more. Insurers also dictate labor rates to their DRPs. Furthermore, with respect to rates, many non-DRP shops will voluntarily match their labor rates to those of an insurer’s shop in order to compete or avoid conflict. In my personal experience as an estimator at a non-DRP shop, insurance adjusters would routinely pressure me to reduce our rates to match theirs, threatening to refuse to pay the claim in full and suggest that my customer would have to pay the remainder out of pocket – or break their repair contract with me or move their vehicle to another shop.”

The OIC’s analysis does note that 6.62 percent of those 174 carriers will waive the deductible of a first-party policyholder who uses a Washington direct repair program shop.

“This could be construed as steering since it incentivizes the consumer
to use a particular shop,” Myrum wrote, but noted that her agency was fine with that behavior.

“The carriers offering a deductible waiver have filed and received approval to do so through the OIC’s Rates and Forms Division,” she continued. “Since the deductible waivers are part of the carriers’ approved form & rate filings the practice is allowed and would not be considered steering as defined in this data survey.”

Wolfs also argued that while 68.21 percent of carriers said choosing a non-DRP shop would have no impact on the customer, the reports of other impacts — more than 30 percent — should still be a concern. Nearly 7 percent of the carriers said timeliness would be an issue, and Wolfs said that was one of the top two reasons she lost customers to DRP shops.

She also pointed out that out-of-pocket costs – the other top reason — was not asked at all.

“It is interesting that one of the most commonly-reported impacts I have observed is not on this list at all: out-of-pocket costs for the repair,” Wolfs wrote. “When I was an estimator, this and timeliness were the two biggest reasons I lost customers to DRP shops. Under the stress of a car accident, the last thing a consumer wants is more headaches, and many will gladly chose the path of least resistance. In this case, that’s often a DRP, where the threats of these impacts are not an issue.”

“However, a clear majority of both first and third party claims were repaired by repair facilities that were not a part of the carriers’ preferred service center network,” Myrum wrote. (Emphasis hers.) “From this, we infer that consumers are aware of their right to choose independent facilities, and routinely select that option.”

Which is like concluding that because a lot of people don’t get murdered, murder doesn’t happen.

“To support this conclusion (“consumers are aware of their right”), a proper statistical test would need to be performed,” Wolfs wrote. “First, what is a ‘clear majority’? 51%? 60%? 75%? This term is too subjective and should be replaced with hard numbers.

“To statistically analyze this matter, the question at hand is essentially ‘how many claimants choose a DRP shop, how many choose a non-DRP shop, and is there a significant difference?’ First, for simplicity, limit the data to claimants who chose to have their vehicles repaired. The choice not to repair is worth its own study and is beyond the scope of this question.”

“A t-test for significance could be used to test this hypothesis. (For more information about a t-test, consult an introductory statistics textbook.) The result will tell whether any observed differences in percentage are significant.”

A “sufficiently large sample” with a large spread between the two percentages found in the test would indicate the results aren’t random, she wrote.