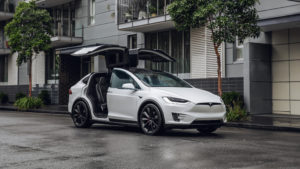 In a boon to uncertified body shops, Tesla appears to have made most of its body and mechanical repair procedures available to the public.

Tesla was not a signatory to the “Right to Repair” agreement between the aftermarket and automakers and had been one of the few exceptions to OEMs making repair procedures available to independent shops and the public at large. The OEM had instead only permitted access to certified shops except in Massachusetts, which enacted “Right to Repair” into state law.

But that appears to have changed somewhat recently, and we were able to access the full Tesla service website Monday from our Michigan office.
The repair procedures were sold in increments ranging from an hour subscription ($31.88) to a year ($3,187.50).

The past practice of allowing cosmetic repairs and part sales but failing to provide repair procedures for that work seemed guaranteed to deliver the kind of errors Tesla presumably wanted to avoid. But thanks to the OEM’s opening of the procedure databases, responsible shops could pursue Tesla cosmetic work without fear of doing it incorrectly.

Removing the front bumper fascia on a Model 3, for example, involves removing the front two wheels, consulting a variety of other R&I repair procedures, and restoring precise torques to certain fasteners. Guesstimating one’s way through that wouldn’t have been a good strategy. Guesstimating with something involving a Tesla’s electrical system would probably be worse, and potentially lethal.

This also seems as though it’d give more body shop choices to the growing population of Tesla owners. Tesla said it delivered more than 140,000 Model 3s in the U.S. and 99,475 combined units of the Model S and X globally in 2018.

However, even an uncertified shop performing cosmetic work will still need the proper tools, training and equipment to correctly perform the repair. Lists are available for free on the Tesla service site’s homepage.

And of course, just because body repair procedures exist for some Teslas doesn’t mean uncertified shops should attempt structural repair. Even if one actually had all of the equipment and training required, Tesla’s not going to sell certain parts to anyone but certified shops.

“Tesla restricts the sale of certain replacement parts to repairers who possess the correct tooling and training,” the OEM writes in its overview for certified shops. “Restricted parts include HV (High Voltage) components and certain components that are secured with welding, structural adhesive, and/or permanent fasteners.”

A Tesla Model X is shown. (Provided by Tesla)

Repair procedures related to removing and replacing a Tesla Model 3 trunk are shown in this screenshot. (Provided by Tesla.)