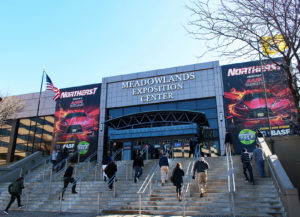 The sales guy in the booth might have a great pitch and give out free swag, but collision repair professionals buying or evaluating gear at NORTHEAST this weekend should remember that only the automaker can confirm a particular piece of equipment is acceptable for repairing their products.

Fortunately, the boom in OEM certification programs has provided shop owners, managers and technicians heading to NORTHEAST with easy buyers’ guides in the form of tool and equipment checklists. To get the greatest bang for your buck, cross-reference multiple tool and equipment lists for automakers common in your market and buy whatever is approved by the maximum amount of OEMs.

Even if your facility has no interest in pursuing a particular automaker’s certification, there’s no getting around the fact the company that built the vehicle and developed repair procedures for it says a shop still needs that equipment to perform a proper repair. If you’re going to fix that brand’s cars, you owe it to your customers to have the right tools.

For example, Assured Performance earlier this month dropped a new version of its certification requirements, which apply to shops seeking certification on Nissan, Hyundai, Kia or FCA vehicles — or uncertified shops who want to do the right thing for customers with those makes.

The new checklist calls for R-1234yf refrigerant capabilities (or proof of a qualified sublet), and spells out stricter requirements for welders, among other changes. The certifier also warned that it would demand shops have mil gauges and a welding test station within the next year.

And shops planning to check out scan tools at NORTHEAST should be aware that No. 1 automaker General Motors just updated its equipment list Feb. 22 to allow shops pursuing OEM certification to buy either Global Diagnostic System 2 — the official GM scan tool — or use an AirPro or Drew Tech device running GDS-2 and/or Tech2Win.

Mitchell’s MD-200 or -350 scan tools are also still allowed for certified shops, though GM notes that “GDS-2 is the only fully authorized solution.”

No other scan tools were listed as approved in the Feb. 22, 2019, document, which GM said it was in the process of posting to its collision certification webpage on GenuineGMParts.com in place of the Oct. 21, 2018, equipment list present there early Tuesday afternoon.

As we’ve mentioned, we’re  constantly reviewing the requirements to become and maintain status within the Collision Repair Network in order to provide cost-friendly adaptations with benefit for all:

– GM – As our vehicles evolve with new technology, we want to make sure the industry has the tools for safe and proper repair (Minor formatting edits.)

Certification checklists are a good starting point, but don’t forget that guidance on equipment might be present within the repair procedures themselves. For example, before you place an order for gallons of structural adhesive at the “show price,” verify it’s one actually permitted by the manufacturer.

For shops curious about the technology behind the new GM scan tools, here’s a little context:

Under the Massachusetts “Right to Repair” law and the national agreement between OEMs and the aftermarket, automakers had to from the 2018 model year onward at least permit third-party technology to run the automaker’s software — provided the third-party system met a technical standard like the Society of Automotive Engineers’ J-2534.

A “J-Box” (which can be as simple as a laptop with a J-2534 interface) is different from the typical third-party scan tool which licenses and modifies a piece of OEM software and periodically incorporates OEM updates. A J-Box setup runs actual, up-to-date OEM scan software, which the shop or scan tool provider obtains by subscribing online. (For example, here’s how you’d download GDS-2 from General Motors.)

The AirPro traditionally runs third-party scan software but has had the capability to switch to running an OEM operating system via J-2534 if its personnel feel it would be necessary. (For example, a current-year model might not be covered by the third-party software.)

Olsen said AirPro was in validation now with another OEM and had already been approved by Honda. He said he hoped GM approval would help smooth AirPro’s J-2534 validation process with other automakers.

Drew Technologies makes equipment for OEMs as well as repairers (and AirPro incorporates its tech as well) and heavily stresses the J-2534 concept on its gear for the aftermarket. The website for its collision industry-focused “Drive Crash” tool even points out that the device’s own “Quick Scan” is “only for the estimation phase” and will be insufficient to meet OEM requirements. The true scan must be done with the tool’s “OEM Scan” feature, the manual states.

“Quick Scan performed using after-market diagnostic software and is not an OE approved scan of the vehicle, therefore the results may misreport information because after-market scans do not always know which modules are present in a vehicle,” Drew Tech writes in the tool’s manual. “In some cases, it may under report or over report trouble codes. This is only intended as a Quick Scan. Only OE Pre/Post Scans report accurate information from the vehicle.”

An AirPro is shown at SEMA 2017. (John Huetter/Repairer Driven News)