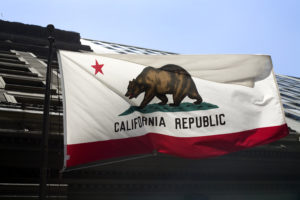 California Assembly Bill 2392‘s revision of California statute appears to have left body shops, insurers and consumers in a sort of limbo.

The bill’s passage and signature by Democratic Gov. Jerry Brown in 2018 led to the following language in Vehicle Code 22524.5 taking effect Jan. 1:

(a) Any insurer that is responsible for coverage for ordinary and reasonable towing and storage charges under an automobile insurance policy to an insured or on behalf of an insured to a valid claimant, is liable for those charges to the person performing those services when a vehicle is towed and stored as a result of an accident or stolen recovery. The insurer may discharge the obligation by making payment to the person performing the towing and storage services or to the insured or on behalf of the insured to the claimant.

(b) Any insured or claimant who has received payment, which includes towing and storage charges, from an insurer for a loss relating to a vehicle is liable for those charges to the person performing those services.

(c) (1) All towing and storage fees charged when those services are performed as a result of an accident or recovery of a stolen vehicle shall be reasonable.

(B) A storage rate and fee shall also be deemed reasonable if it is comparable to storage-related rates and fees charged by other facilities in the same locale. This does not preclude a rate or fee that is higher or lower if it is otherwise reasonable.

Both are possible, and one might be higher than the other depending on the value of a repair bay or land to a collision repair facility. This seems likely to generate friction between some combination of insurer, repairer and customer.

Ben Dici, spokesman for Bureau of Automotive Repair parent agency Department of Consumer Affairs, wrote April 8 he couldn’t make anyone at the BAR available to discuss the topic.

However, the agency has done so before, both to individual repairers and in what Autobody News reported was a Feb. 6 gathering of the California Autobody Association.

• Insurance companies are trying to use California Highway Patrol (CHP) rates, which are half of the normal rate.

• Insurers cannot cap the number of days a vehicle is held in storage.

Deci said BAR could only say that it believed information it conveyed in the past to have been correct at that time.

However, while the agency wouldn’t provide guidance on what it would do, “BAR will be diligent” should it receive a complaint related to the topic.

He explained April 9 that BAR might not even be the correct regulatory body to handle the law. It could be the California Department of Insurance or Department of Motor Vehicles, according to Dici.

If a customer filed a complaint, it wouldn’t fall on “deaf ears,” but BAR’s role could be to coordinate with the agency actually having the enforcement responsibility, he said.

The DMV said it wouldn’t be the agency to handle the matter.

“The DMV’s involvement in this section of the vehicle code is minimal,” DMV spokesman Marty Greenstein wrote in an email April 16. “I spoke with our legislative analysts, and they suggested you contact BAR.”

CDI, however, described a role in the enforcement of the language.

“CDI would need to evaluate this law on a case by case basis,” the CDI’s press office wrote in an email Thursday. “However, in general,  (c)(2)(A), which sets reasonableness as rates charged to CHP, is in many instances a higher rate than the (c)(2)(B) rates (rates charged in the same locale).”

We asked if the language in (c)(2)(A) only applied when the facility performed services for the government too.

For example, if a body shop has a side business doing towing and storage for their local municipality or CHP, the insurer doesn’t have to pay them any more than what the shop charges the government. If they only do towing and storage for vehicles they’re repairing, then they’re judged against the market of comparable shops.

“CDI does not read (c)(2)(B) to apply only to facilities that ‘also’ provide similar services to government agencies,” CDI wrote. “Therefore, we interpret a fee to be reasonable if either (c)(2)(A) and (c)(2)(B) are met.”

We asked if the agency could clarify the last sentence, for situations might occur in which (c)(2)(B) was indeed much higher than the rate charged the government. If (A) and (B) differed, would the higher or lower rate win the day given the competing insurer/shop interests here.

“Our response (last sentence) was based on the law, as written, which notes that if either is met the rate is deemed reasonable,” spokeswoman Nancy Kincaid wrote Monday. “If you want further explanation, the best option is to call the author, as your question really goes to ‘intent of the legislation (law).’  We can only respond based on what the law is, as it appears in statute—for intent, you need to speak to the author.”

Johl has not yet responded to email requests for comment.

European Motor Car Works owner Kye Yeung spoke to Gibson about the dueling “reasonable” rate definitions April 15. His account of that conversation describes a BAR position similar to what the agency conveyed to us.

He said his sense was “the BAR interprets it a certain way” but lacked power.

He said Gibson listened but wouldn’t articulate the BAR’s position. However, Gibson did advise that a consumer and the body shop should file a CDI complaint, Yeung said. He said his impression was that Gibson wouldn’t have advised shops to do so if BAR felt shops insisting their right to collect based on the market rate would be out of line.

He described a scenario where his shop classified a vehicle as a total loss, was instructed to tear it down and put it on a rack, and then saw no action by the insurer for a month.

A lien on the vehicle also might break such a stalemate, Yeung noted during our interview. The BAR discussed storage laws in this context last year.

More clarity — or confusion — might exist soon following what’s expected to be a near-future BAR newsletter on the topic and the BAR’s appearance at a CAA meeting Wednesday.

Both CAA members and nonmembers desiring to hear more from the agency on the matter are welcome to attend the Glendale/Foothill chapter meeting 6 p.m. Wednesday at the Brookside Golf Club in Pasadena, Calif. Admission to the event, which includes dinner, is $50 for members and $100 for nonmembers, according to a flyer posted by the CAA.

Be heard: California lawmaker contact information can be found here and here.

The California flag is shown. (MAYBAYBUTTER/iStock)